Pep’s team face an out of form Cardiff City and will be looking to make it 3 wins on the bounce.

Blues will be fresh from their crucial away victory at Luton Town, where their was no contest for Pep’s side, winning 2-1.

Harlee Dean serves a one match ban while Ivan Sunjic enters the fray after his sending off.

Marc Roberts is back in training after an ankle injury but Maikel Kieftenbeld is still trying to gain match fitness.

Cardiff could recall keeper Neil Etheridge having left him out since 1 January following speculation linking him with a move to West Ham.

Blues have lost their last two league games against Cardiff.

Pep’s side have not won three consecutive games in all competitions since a run of four under Garry Monk in October 2018.

In the Championship this season, Cardiff City have managed just 46 open play sequences with 10 or more passes – 13 fewer than any other team.

QUOTES FROM THE MANAGERS

“I am expecting a very competitive game, a club that was in the Premier League last season, they have a lot of resources available to configure a team that could afford the luxury of being very strong in the middle of the week but still rest some important players.

“We are expecting a similar team to the one they had against Swansea. They have had injuries that have affected them a little bit in some areas but still they are very strong. Neil Harris has put his mark on to the team, they have individual players who are very dangerous and as a team they are very competitive. It is a very difficult game for us, but we play at home and I am sure together with the fans we will create a good atmosphere and I am confident we can win.”

“They’re another strong Championship side,” he said. “They can pass the ball with their personnel, but have played quite direct in the last couple of games, with Jutkiewicz who is a very experienced quality centre forward at this level and they’ve had two very good results.

“Going to St Andrew’s is never an easy place to go, but is an enjoyable away day as a player, manager and fan. We look at them, know their strengths and where we can affect them.

This will no doubt be the most toughest test since the Leeds game on the 29th December, however confidence seems to be seeping into the players once again after a bad run and Blues will no doubt be aiming for all three points.

I think Pep’s side will just nip it 1-0 in what will be a very scrappy game albeit they shut out Hoilett whom always seems to score against us! 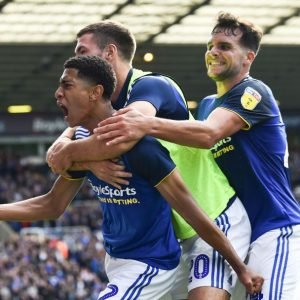 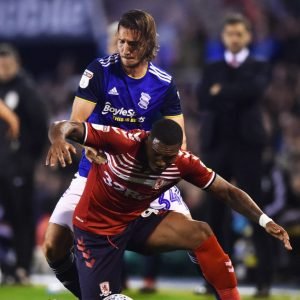 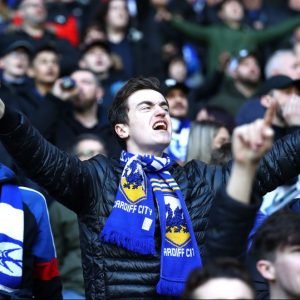