The Gary Rowett bounce. That is my description of what happened to Birmingham City once they parted company with Lee Clark. After surviving the drop to League One by the finest of margins (courtesy of Paul Caddis’ late equaliser at Bolton) Clark was granted a stay of execution.

In hindsight, perhaps the Geordie should have been given his marching orders during that summer. ‘Thanks for keeping us up, Lee, now off you pop’.

Blues were struggling at the wrong end of the table and staring down the barrel following an 8-0 drubbing at the hands of Bournemouth. Rowett really was in a no-lose situation.

Fail – he can point to the shambolic state of the club off the field. Succeed – he can be cherished by the fans while watching his stock rise.

Appointing a former player will always intrigue. Rowett was the manager of Burton Albion in League Two when the call came. ‘It was an easy decision to make’, he said at the time. He spoke passionately of his ‘connection with the club and it’s wonderful fans’. He said all the right things. The fans, in turn, backed him to the hilt. 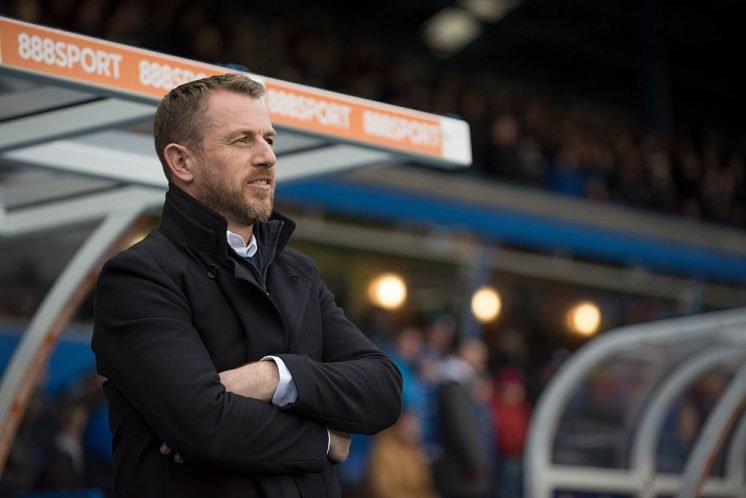 St. Andrew’s had turned into a toxic place prior to Clark’s sacking. In the space of 10 days, Rowett flipped that on it’s head and created the feel-good factor which the supporters thrived off.

That brings me on to Lee Bowyer. A former player (and need I mention cup winner) at St. Andrew’s, an up and coming English manager currently facing a battle to keep Charlton in the Championship.

But rewind to last season. Bowyer hauled the Addicks into the second tier via the play-offs. His team marched on despite the turmoil behind the scenes. The boardroom politics almost ended Bowyer’s time at The Valley as he turned down a new contract from the club before eventually agreeing an improved deal. That uncertainty has carried on into this campaign.

Charlton were amongst the favourites for relegation at the start of the season but, for a short while, they seemed to be mounting a push for the top six. Of course, injuries soon hit and Bowyer was left with a threadbare squad.

Results nosedived before the club was subject to a bitter takeover wrangle which saw the club change hands twice.

More recently, Lyle Taylor, Charlton’s top scorer, refused to extend his contract beyond the end of June in order to play out the season. Taylor wasn’t the only one. Chris Solly and our very own David Davis, on loan in South London, also refused to play.

Throughout all of this, Bowyer has remained professional and adamant that his side can beat the drop. The Addicks restarted their season with a 1-0 win at Hull City.

Bowyer is on the shortlist to take over at St. Andrew’s, according to reports in the media. The board ‘like what he has done at Charlton in difficult circumstances’, apparently.

The boardroom at Blues is far from rosy but, compared to Charlton, it’s paradise. Fifteen months in the Charlton hotseat will have given Bowyer vital experience in management and probably more importantly if he is to consider returning to the second city, dealing with external issues.

Some reports suggest that the 43-year-old fancies a crack at the job.

Back in 2014, appointing Rowett was seen as a gamble – a manager with potential but no real experience or success. In many ways, Bowyer is very similar.