Only 5 points above the relegation spots…

Yes, I know if you factor in the Wigan situation it’s eight! Problem is, Wigan are appealing and if the final decision will send either us or Wigan down, would you trust the EFL not to send us through the trap door? Wigan, I believe will only be docked the 12 points next season if they get relegated without the deduction. That’s the story as it stands at the moment. Watch this space!

The last visit to Craven Cottage saw us lose 1-0 and miss a penalty. Yours truly fell down a concrete skateboard pit in Bishops Park behind the away end after the game, breaking my arm. It kept me off the golf course and snooker table for three months.

So, Saturday’s tragedy was a slightly better result than the one 18 months ago. The chances of me falling off the settee in excitement were slim indeed. I probably had more chance of falling asleep…

A 96th-minute winner was not what we deserved, but if you squander 3 good chances in the first twenty minutes, all falling to Bellingham, you are bound to suffer the consequences. Since his supposed move to Dortmund was announced, our young hero has had two poor games. His transfer and the manager’s departure are not helping our cause.

One must mention one outstanding performance at the Cottage yesterday. Our veteran keeper Lee Camp made two remarkable saves in the space of 2 seconds to keep us in the game. Lee, just a short time ago, was vilified for some costly errors. He now has cult status. His performances since the New Year have been excellent. The break has eased the pressure on him, because his dip in form seems an eternity ago now. Must have been something to do with the removal of the bun! 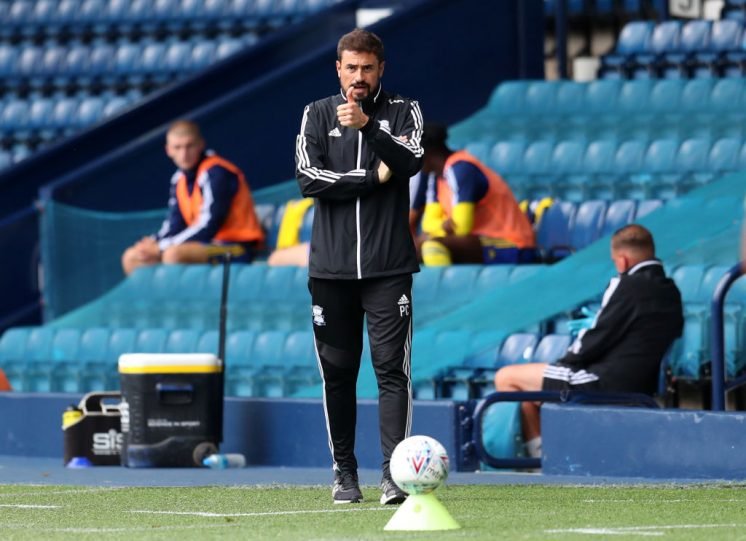 The Manager has come in for a bit of stick again this weekend for his tactical changes near the end. Whether they were right or not, his problem was the three defenders who came on were the only ones he could bring on. He was criticised for making no subs the game before, when putting on the defenders when you are 3-0 down was not an option. It did smack of desperation I’m afraid.

If you can remember before lockdown the exact same tactics we lauded from the rooftops when against Bristol City and Barnsley, the iron curtain was put up to defend a lead. That, in my opinion, is the main difference. The opposition, when they are losing become a little desperate and resort to long balls. Three centre-halves and three full-backs can keep that kind of offence at bay. Fulham were not behind and carried on with their excellent style of football. Our normal failings on the left flank were exposed when the need to keep a tight watch on Bela was removed.

Now to another ‘must-win’ game on Wednesday against Swansea before the relegation six-pointer next Sunday at Stoke. The Blues are so unpredictable that anything is possible. On Wednesday we need to stamp our authority on the game for once. Start brightly, get a lead and add to it. I would give Jude a rest on Wednesday and have the Juke and Hoges upfront.

When we get to Stoke, we can get all tactical because they will be anxious from ball one. I’d take 4 points from the two games right now. Six and the pressure is off. Fewer than 3, and we are in deep trouble.