Paul Cook is in the frame to become Blues manager, with Bristol City also interested in gaining his services, according to Evening Express.

This may end the battle of the #BCFC hashtag once and for all as Blues are fighting it out with Bristol City for Paul Cook to become their next manager and tempt the impressive boss away from the DW stadium.

Tempting him away will be easy than before, amid Wigan’s turmoil off the pitch and with the pending points deduction.

It is understood the Blues hierarchy have asked for Cook’s compensation fee and he is keen on taking over the St Andrews hot seat.

It has also been revealed ‘Cook believes he can bring the backbone Blues have lacked this season with the club winless in 12 games’.

The former Portsmouth boss has been key in guiding Wigan to safety this season. The Latics have won five of their seven games – including Tuesday’s record 8-0 thumping of Hull – after returning from lockdown and have nine clean sheets in their last 10 games.

Middlesbrough have also been linked with Cook after appointing Neil Warnock until the end of the season. As for Bristol, they will be hoping they can lure Chris Hughton in to replace Lee Johnson, but will certainly not be ruling out Cook.

What do you think Blues fans, is Paul Cook the man to bring back the stability to St Andrews? Let us know by voting on our poll below.

Yes, bring him in! 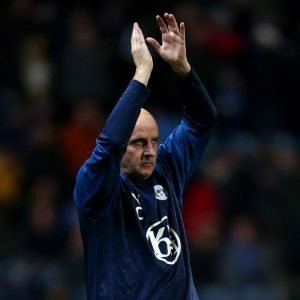 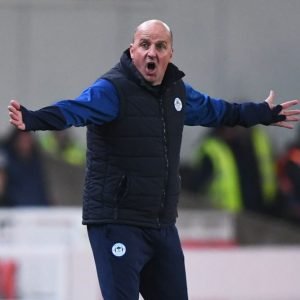