According to Sports World Ghana, it is thought Aitor Karanka wishes to add veteran championship winger Albert Adomah to his Blues squad. A right sided winger, Adomah would offer Blues some vital championship experience and has proven at his past clubs that he can score goals and get assists. After Blues parted ways with Jacques Maghoma and Kerim Mrabti this summer, there is no doubt that wingers need to be recruited and with his current contract set to expire on June 30th 2021, it would be no surprise to see Nottingham Forest cash in before he exits.

A seasoned professional, Adomah has played 10 of the last 11 seasons at Championship level and 1 in the Premier League. In that time he has played for Bristol City, Middlesbrough, Nottingham Forest and Cardiff City on loan. During his stint as manager at Middlesbrough, Karanka managed a team with Adomah in and he played a part in their automatic promotion scoring 8 goals in 47 appearances. In the beginning of their first Premier League season, Adomah was swapped for Adama Traore and an undisclosed fee and joined Blues’ most bitter rivals Aston Villa.

Adomah stayed with Villa for three seasons, the highlight of his stint being named top goalscorer after a successful season where he managed to bag 15 goals to help guide Villa to a play off final, where they failed to gain promotion to the Premier League losing out to Fulham.

After being released by Villa at the conclusion of the 2018-19 season, Adomah joined Nottingham Forest, making 24 appearances before he was loaned out short-term to Cardiff City in January, where he failed to make an impact.

There is no doubt that Adomah has bags of experience at this level and has proven that he can create and score goals for a Championship level team, with Adomah clearly surplus to requirements at Nottingham Forest and a contract expiring at the conclusion of next season, it would be no surprise to see 32 year old make the switch to Blues. Adomah may offer us the experience and proven Championship ability that Blues have lacked in previous seasons.

Let us know below what you think Bluenoses!

Would Adomah be a good addition to our squad?

Yes! Bring him in 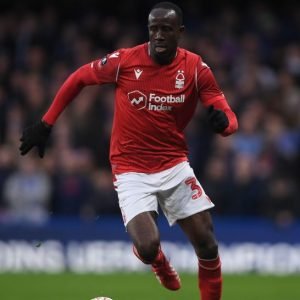 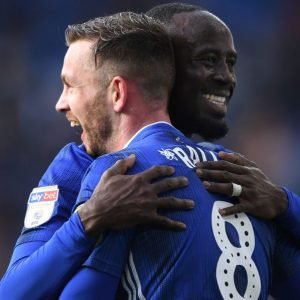