Blues host Millwall on Saturday afternoon who will be looking to get back to winning ways after 4 consecutive draws.

Gary Rowett’s side currently sit in 10th place but were looking very promising at the start of the season.

Blues, on the other hand, are in a bit of a rut after two pretty dreary draws against Coventry and Luton respectively.

Ahead of this clash, we spoke to Nick Hart from one of the leading Millwall Podcasts Achtung!

4 draws in a row recently and sitting comfortably in 10th place, what are your overall thoughts on the season so far and are you feeling optimistic?

Let’s be honest and say that for all of us, this has been a very unusual season. Gary Rowett came in and turned our fortunes around last term and but for the enforced Coronavirus break, may well have sneaked us close to the play-offs. The loss of fans, especially home fans, has hit us harder than most and however and the ‘dry’ atmosphere of the behind closed doors games has allowed a tight, defensive style – which is traditionally something you’d expect playing away rather than at home. There’s a long way to go this season however and, injuries allowing, for us to be in the mix as Christmas hoves into view is a big achievement for a club of our resources. 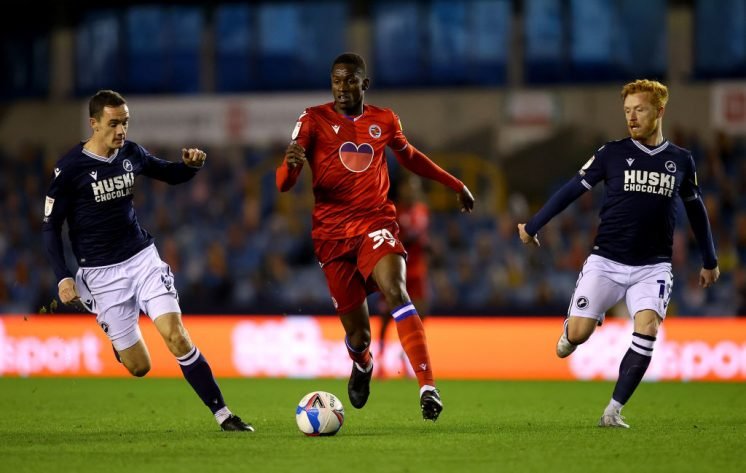 Looking ahead to tomorrow’s game, do you think you can pick up any points against Blues and what is your score prediction?

Both sides appear to be draw specialists! Our struggle this season has been scoring goals and unfortunately with a number of our key players out tomorrow, I don’t expect it to be an open game. To be fair to both sides, both will see this as a chance to pick up three points, but as much as my heart wants to rule me head, I can’t see much further than another draw – 1-1 is my tip.

I don’t think it’s any secret around the Championship that if Jed Wallace plays well, Millwall play well. We’re also intrigued by on-loan Spurs prodigy Troy Parrott up front – a lot of hopes are resting on his young shoulders.

Blues fans thought highly of Gary Rowett when he was at the club, how is he doing for Millwall and do you think he’s the man to take you forward?

Gary arrived in October 2019, taking over from club legend Neil Harris – no easy task. He has brought in a more ‘possession based’ style, something which has taken us from relegation fodder to upper table candidates for the play-off spots. At the moment we have an injury crisis which has taken out a swathe of our attacking options, so goals have been our problem all season. The squad though is in a transition from what we might call Harris’s approach, to a more Rowett passing and possession based style. I think that midd table respectability will be where we finish this campaign, but am hopeful for something better in seasons ahead.

I can tell you that my LEAST favourite memory of playing Brum is Stern John’s last minute winner in the play-off semi-final in 2002! Favourite ones are more difficult to come by, but perhaps I can nominate a 3-1 home win in our promotion winning season of 1987-88. Goals from George Lawrence, Alan Waker and Keith Stevens setting the table for what will remain my most memorable season ever as a Lions fan. The fact that is so long ago tells you how little I look forward to matches versus the Blues!

Finally, where do you think you’ll finish in the league?

Heart – 6th position after a manic last series of games, played in front of returned capacity crowds at The Den.

Head – 10th position played behind closed doors in another lockdown.

Be sure to listen to Achtung’s preview Podcast here – https://open.spotify.com/episode/2fmgJrj2kBl8XgDglawfYH?si=lnB542l3T4uvDJkGlgcODw