Having only played them four weeks ago, Birmingham City make the long trip up north to face Middlesbrough in Saturday’s early kick-off.

After a respectable showing in the 3-0 loss in the FA Cup at the hands of Manchester City, Blues will be looking to avenge the 4-1 loss to Boro very quickly.

This weekend’s opposition sit 7th in the Championship, only a point off the play-off places. One of the in-form teams in the division, they are on the back of four wins in their past five games, looking in good spirits, even despite their narrow FA Cup exit at the hands of promotion rivals Brentford.

Neil Warnock’s outfit have won by two goals or more on five occasions this season, which includes their thumping victory over the Blues during the Christmas break.

Manager Neil Warnock only took the job in June 2020, when Middlesbrough were firmly engaged in a relegation battle. Having edged them to safety in the table, finishing in 17th place, there was hope that Boro’s fortunes could indeed change. 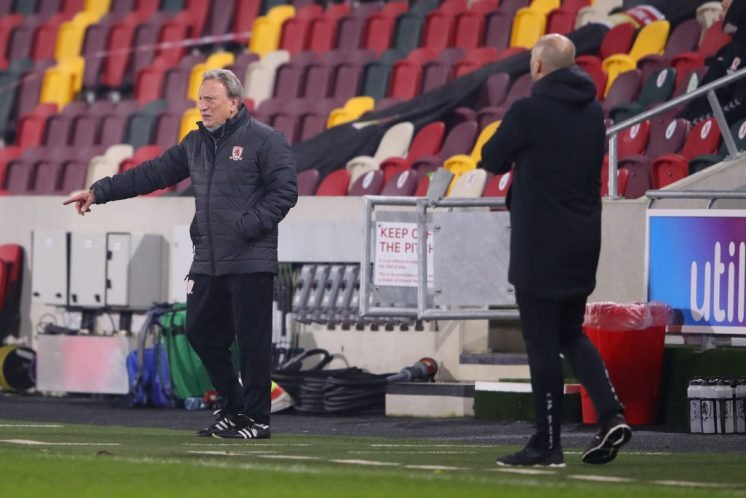 However, Boro’s impressive half-season hasn’t been without its downs. It took five games to register their first victory of the season. However, an imperious defence has allowed Boro to both sneak games but also win them comfortably. With the second-best defence in the Championship, they will prove a stern test for Blues’ attacking front.

And with those four wins in their past five games, they will believe that they can test a Blues side who are lacking goals and defensive soundness.

Boro are not the keenest on scoring goals. Their top scorer is Duncan Watmore with five, with three players on four and two on three. The most impressive thing about this side is that goals seem to be spread around their attacking and midfield players. Boro have twelve different scorers this season. Blues, on the other hand, have no one who has more than two goals in this campaign.

In three of their past five games, Boro managed to score three or more goals, with the four-goal haul coming at St Andrews, conceding only four goals during this period.

Watmore boasts three goals in the past five games, having only played on eight occasions this season.

Saturday’s game will be Boro’s first at home since 16th December, but they need not worry, boasting an impressive four victories on the bounce on home territory, with their last defeat coming on 21st November. In fact, that is their only loss at home this season.

Neil Warnock adopts a similar approach to Karanka, but he has managed to get more out of The Boro.

Having used the 3-1-4-2 formation, with overlapping wing-backs and one holding midfielder, Warnock decided to adopt the 4-2-3-1 system ever since their victory against Coventry City in October. 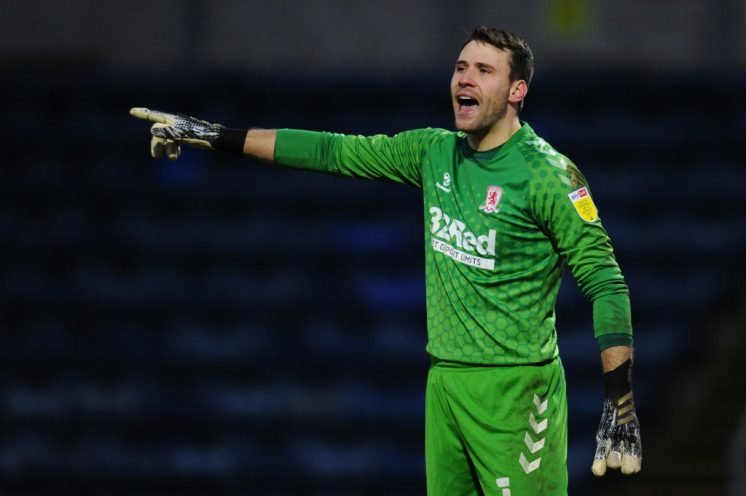 This approach is proving to be a success, with just under a goal conceded per game, scoring eleven more than Blues so far.

Generally, Warnock likes to utilise two holding midfielders with centre backs Dael Fry and Paddy McNair looking to bring the ball out of defence, knowing that they have solid protection from those sitting in midfield.

Even despite this solid approach, Boro do have an eye for goals. The pace on the wings will cause problems for the Blues defence. Duncan Watmore will look to add to his tally of five goals in eight games, whilst Marvin Johnson will be looking to add more assists having amassed five this season already.

Marcus Browne and Marcus Tavernier both scored in Middlesbrough’s last league outing, so Warnock will probably opt for them in front of the sitting midfielders and look to overturn possession quickly to feed the man upfront.

Tavernier works hard in possession but also has an eye for goal, so Blues will need to keep tabs on him, to prevent his energy from running the show in Teeside.

Little knows who Warnock will go with up top. Britt Assombalonga is not the predator he once was at Nottingham Forest and Peterborough United but will be more than a match for the Blues defence. It looks like Chuba Akpom will be given the nod ahead of the Congolose, with speculation mounting over his contract situation.

Set pieces were instrumental for Middlesbrough, when we faced them not too long ago, with Lewis Wing impressing the most. It will be interesting to see if Boro use the same approach.