Just under a week after Blues exited the FA Cup at the hands of Manchester City, Blues travel to the Riverside Stadium to face Neil Warnock’s Middlesbrough in the early game on Saturday (KO 12.30pm).

Blues will be looking to build on a positive second half performance against Manchester City last week. Although already 3-0 down, Blues looked more solid and even went on to create several opportunities in the second half. They will also be looking to kick start the season after a string of poor performances and results, leading into and over the Christmas break.

Despite also being knocked out of the FA Cup last weekend, Middlesbrough will go into this in game with a huge amount of confidence. Not only did ‘Boro take Blues apart when the sides met in December, they are one of the most in-form sides of the Championship, winning four of their last five league games. This has left the Teeside team just one point outside of the play-offs. 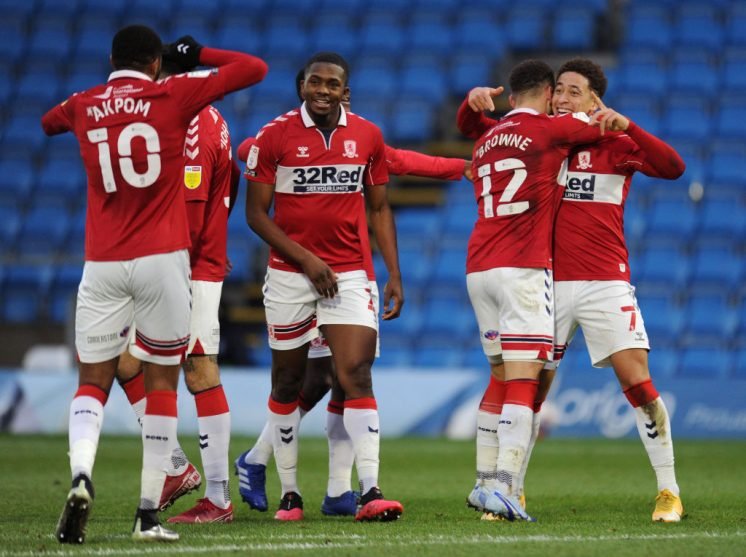 I think the less said about the fixture at St. Andrew’s before Christmas the better. Blues took the lead through Maxime Colin, who scored his first goal for Blues in fourteen months. But ‘Boro quickly turned the game around with two goals in four minutes from Britt Assombalonga and George Saville, which saw ‘Boro lead at the break. It got worse from there for Blues – Neil Etheridge fumbled a cross into his own goal before Lewis Wing in the 82nd minute completed the rout.

‘Boro Boss Neil Warnock stated in his media briefing that he will check on the players who test positive for COVID last week to see if they will be available for the game against Blues. If so, it is likely some could feature against Blues.

Jonny Howson could appear, after being out since early December, while Marcus Browne will not feature as he picked up a knee injury in the FA Cup tie last weekend.

What the gaffer said…

“If we approach the game in the right way, we can get a positive result. The second-half at Man City, the commitment and attitude was amazing, playing in a shape we hadn’t played in before. We need to show that same mentality at Middlesbrough.

“It will be a tough game. Middlesbrough are doing really well but I think we are going there at a good time. We have the game against them three weeks ago in our mind. We started really well but then went down. I think we have learnt from that game.”

The Boss looks ahead to tomorrow’s @SkyBetChamp clash against Middlesbrough. (@BCFC)

I think Blues are going to struggle here. ‘Boro are flying high and Blues are low on confidence. As much as I would love Blues to take all three points this weekend, I just can’t see it. 2-0 home win.