Four days after picking up their first three points of 2021, Blues ready themselves for their next Championship fixture as they welcome Preston North End to St. Andrew’s tonight (7.45pm KO).

Blues should be going into this game full of confidence after a fantastic away win at Middlesbrough on Saturday where they, for the most part, looked like the Blues we love – hard working, bodies on the line, fighting for every inch. I will thoroughly admit that switching to the 5-4-1 formation with 30 minutes to go worried me, but they stuck it out and, in the end, weathered the best that Middlesbrough could throw at them. That performance now needs to be carried through into future games, starting with tonight. 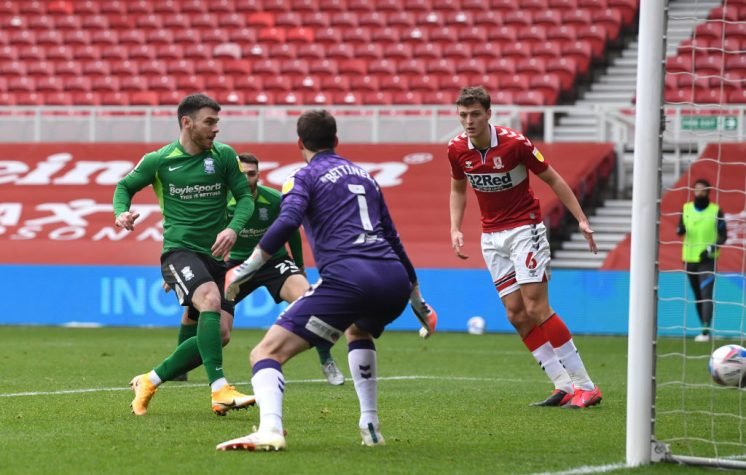 Preston have had an inconsistent time of it since they lost 2-1 to Blues at Deepdale in October and are yet to pick up any points in 2021. However, having made four signings already in the transfer window, The Lilywhites are showing their intent and looking to get their season going again. Ben Whiteman, Ched Evans, Jayson Molumby and Daniel Iverson will all be looking to make their impact felt and impress Preston boss Alex Neil. Preston will want to go one better than last season and make the play-offs. To do so, they need to stop the losing run. Quickly.

Should Blues run out victors tonight, it will be the first time in twenty years that Blues have managed to do the double over Preston.

Blues were fantastic in the reverse fixture at Deepdale. Riley Mcgree scored his first goal for Blues after only two minutes, latching onto a… er… misdirected shot from Lukas Jutkiewicz. Jayden Stockley pulled the sides level with a dipping 30-yard half volley, before Gary Gardner headed in for Blues in the 85th minute to take all three points back to B9.

Manager Alex Neil has no new injury concerns ahead of Wednesday’s trip to the second city, with plenty of options to choose from, leaving just long-term casualties Louis Moult, Patrick Bauer and Declan Rudd sidelined.

Last four meetings between Blues and The Lilywhites…

For a midweek game in January, I think this is a big game for both teams. Blues will want to carry their performance from the weekend into this and with it the confidence that came from the result. Preston will want to stop their losing run. Both teams will want start pushing themselves up the table as well and neither team want to be looking over their shoulder at the fight developing below them in the league. It will certainly be an intriguing battle and I think I am going to go for a 1-1 draw.