With the January transfer window nearing its conclusion on Monday, Blues have really stepped up their searches to bolster their attacking ranks in the past couple of days.

The most recent of these being 27-year-old, Douglas Tanque, who currently plays for Liga NOS team Paços de Ferreira.

Twitter: Interest being shown by @BCFC in Pacos de Ferreira striker Douglas Tanque. Widely expected to be on the move this w… https://t.co/2f6Mafof6x (@wilfordwm)

As was reported earlier today, Blues are said to be willing to spend £3 million on the Brazilian striker. Blues have been linked with an abundance of forward option recently, with Aberdeen’s hitman Sam Cosgrove arrival being imminent.

As for the Brazilian, his career has been dotted over the world including spells in Brazil, Japan and Mexico. However, most of his success has come since his move to Portuguese side Paços de Ferreira.

Tanque helped his team finish champions of the Liga Portugal 2, scoring an impressive 14 goals in 32 appearances in his first season at the club.

Since their promotion Tanque has continued to impress, having bagged 16 in his 43 appearances in the top flight over the past two seasons.

As for Tanque’s playing style, he is known for being a very strong, physical striker who is good in the air with a keen eye for goal.

Overall, with the amount of strikers Blues have been linked with in the past few days, I believe they need to be wary and smart with the business they are undertaking. With the Cosgrove deal imminent, I would prefer to see Kevin Nisbett or Joe Pigott given a shot as opposed to Tanque.

Would you be happy with Tanque at Blues? 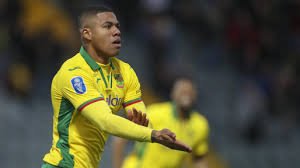 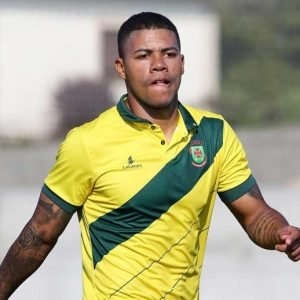