Birmingham City play host to Huddersfield Town in a game that could define both club’s fortunes as they fight to stay in the division.

Carlos Corberan’s men will hope that they are not the first team to be on the wrong end of a double at the expense of Blues, having lost to them 2-1 earlier on in the season.

The Terriers are on an alarming run of four losses in their past five games. They turned it on in a 4-1 beating of promotion hopefuls Swansea City, but Huddersfield’s losses have seen them slip to 19th place, only seven points above the drop zone.

In this run they surrendered a two-goal lead to lose against struggling Wycombe Wanderers and have drawn blanks in their last two away matches.

They lost comprehensively in their last game at Preston, and from the sixteen shots, The Terriers were still outscored by Preston, who had fewer shots.

Huddersfield are without a clean sheet in their last thirteen games, and Corberan will look to rectify that come tomorrow evening.

One home win in their last eleven games and the pressure is really on the Yorkshire club to stay in the Championship.

New coach Carlos Coberan picked up his first win of the season three games in against Nottingham Forest.

They picked up ten points from their first six games before three 2-1 defeats in four games to end October disappointingly and begin November in the same manner.

The Terriers won one game in November, a month which included their remarkable 4-3 defeat at Stoke.

December saw another standout result that Huddersfield were on the wrong end of, a 5-0 hammering at Bournemouth. They did win four games in this month, however, all at home, with Huddersfield as of today not winning on away territory since Halloween.

Corberan saw the first month of 2021 go disastrously with four losses on the trot recording only the one point.

February followed a similar pattern with a freakish win against Swansea failing to avert the two draws and four losses. 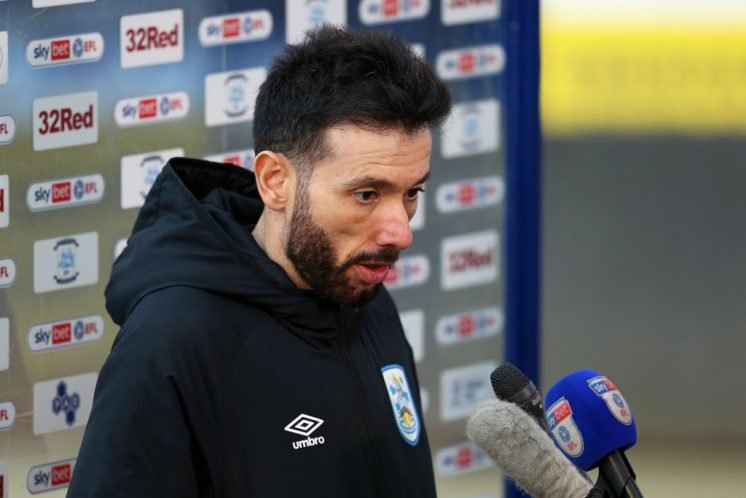 Tactically and visually, Huddersfield are one of the more entertaining sides in the division. This explains why they concede a lot of goals and fail to keep clean sheets.

The Terriers have commonly set up in a 4-3-3 formation, which can also change into a 3-5-2, where wingbacks create width and push the wingers closer to the byline.

Corberan has instilled many of the methods inspired in his time at Leeds United, with Alex Vallejo, similar to Kalvin Phillips, operating in a holding midfield role, looking to spray diagonal passes and play forward-thinking football.

You also see goalkeeper Ryan Schofield play out from the back, so it is important that Blues can nullify this through an energetic press.

The central defenders have a lot of time on the ball, with teams happy to sit back and soak the pressure, but at times, there can be faults, especially when forwards put pressure on the backline.

Attacking midfielders Duane Holmes and Isaac Mbenza will look to press high up the pitch, whilst striker Frazer Campbell will be his wily self and look to put pressure on Aitor Karanka’s backline.

Very rarely will you see Huddersfield wanting to pump the ball long.

The Terriers Dangermen to watch:

Watch out for Alex Vallejo who will look to control the game in his defensive midfield position and set the tempo. His passes will look to set up attacks and get players on the go.

Stalwart Fraizer Campebell has bagged six goals and three assists this season and will have one chance at least against The Blues.

Also, the squad has changed massively since the reverse fixture in October, with only two players who were involved then expected to start on Tuesday night.

Watch out for how the centre-halves Richard Keogh, Demeaco Duhaney and Naby Sarr look to push out of defence and start attacks. The overlapping movement between Duhaney and Pipa will be something that Karanka’s men will have to be aware of, with Blues needing to track man to man all the way.

Be sure to tune into our latest Podcast where we preview tomorrow’s game: