On the back of a second win in three games, Blues travel to Yorkshire on Tuesday night to take on fellow strugglers Huddersfield Town at the John Smith’s Stadium (7pm KO).

Blues gave their survival chances a real boost by beating QPR on Saturday afternoon and it was practically out of nowhere. In the 80th minute, the game seemed to be petering out, with fans once again scratching their heads at seemingly confusing substitutions. Fast forward 6 minutes and the game looked vastly different thanks to a Kristian Pederson header and a fantastic Alen Halilović strike. 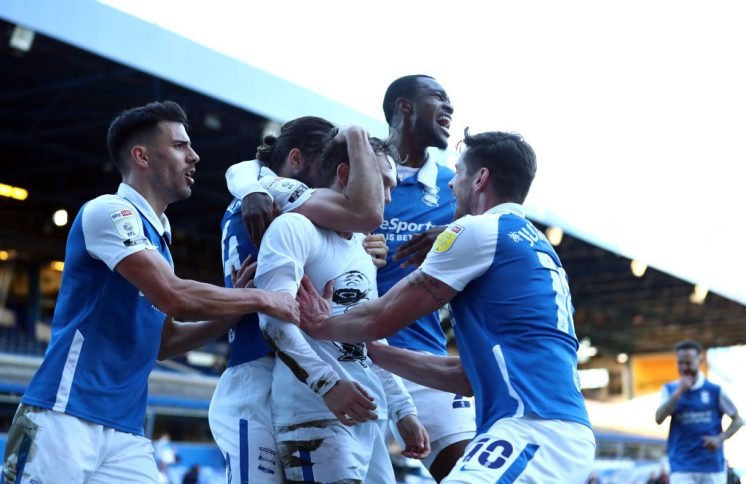 Huddersfield Town have had an inconsistent season but have suffered quite a dramatic fall down the table since the turn of the year. On 29th December, The Terriers were sat twelfth in the table and were only five points away from the play-off places. They were also eight points clear of Blues and 15 points clear of relegation.

However, since then the Yorkshire based side have only taken five points from eleven games and have tumbled down to 19th place, only two points clear of Blues and seven points clear of relegation. Although their sole win this year was an impressive 4-1 thumping of promotion chasing Swansea.

If Blues manage to beat Huddersfield, it will be the first time in nearly 20 years that Blues have managed to complete a league double over The Terriers.

The two sides last met at St. Andrew’s in late October 2020. Gary Gardner opened the scoring, only for Isaac Mbenza to score his first goal in 18 months to level to game, and it was a goal that looked like it would secure a point for The Terriers. However, in the 90th minute, Jonathan Leko rattled the visitors’ crossbar and the rebound fell to Lukas Jutkiewicz, who coolly slotted home to give Blues their first win since the opening day of the season.

Terriers boss Carlos Corberan confirmed that there were no new injury concerns ahead of the clash with Blues as Richard Stearman, Josh Koroma, Rolando Aarons, Harry Toffolo, Jonathan Hogg and Danny Ward all remain unavailable for the clash with Blues.

Carlos Corberán: “We don’t add any of the injured players to the squad, but we haven’t lost anyone.

Last four meetings between Blues and The Terriers…

It feels like I am saying every game is a must win but… this one could be the biggest game of the season. A win for Blues would see them overtake not only Huddersfield, but also Coventry City. This would also put even more space between themselves and the bottom three. But Huddersfield are going into this game on a run of rotten form… and traditionally, Blues do not do well against teams on a bad run of form.

However, I think recent results and performances will have got the Blues squad fired up and more confident than they have been in a while – and Blues’ away form has been solid. So, I am going to back the boys and say Blues to win 2-0.