Birmingham City travel to Barnsley looking to continue their improved form, having taken seven points from the last four games.

They face a Barnsley side in buoyant mood, as they continue to be one of the surprise packages of the season having escaped relegation via the skin of their teeth, but now they find themselves ever so closer to the playoff picture.

Barnsley are on an extraordinary run of five straight wins, including Wednesday night’s meeting with QPR:

This impressive form means that they accompany league leaders Norwich as the in-form teams in the division.

They have kept three clean sheets during that period. Their most spectacular result of this run would be their 2-0 victory at high-flying Brentford.

Carlton Morris has wowed Barnsley fans during this period, with three goals in his past five games. All these goals have been in the second half.

They will be looking to make it four wins on the spin at Oakwell when they host Aitor Karanka’s men.

After last season’s near relegation miss, manager Gerhard Struber set about having an improved season. However, Struber was out the door after just four games, having only picked up one point.

His replacement, Valerien Ismael, was appointed on 23rd October and after three draws in as many games under their caretaker boss, Struber began life in South Yorkshire perfectly with two straight victories at home.

November was a respectable month with six points from five games and The Tykes were slowly climbing up the table.

December was an excellent month for Ismael’s troops, losing just two games and winning six. They did not keep a clean sheet during this month. It was a fine month for Cauley Woodrow who had found the net on four occasions.

The first month of 2021 went poorly, gaining just the one point and failing to score away from home.

However, February marked the month that Barnsley welcomed Premier League giants Chelsea for an FA Cup tie. Barnsley ran Thomas Tuchel’s very closely and this has sparked an incredible run of five straight wins taking them to within two points of the play-off places, with games in hand as well.

They are the joint third lowest scorers in the top half of the table, but have only conceded one more goal than Brentford. 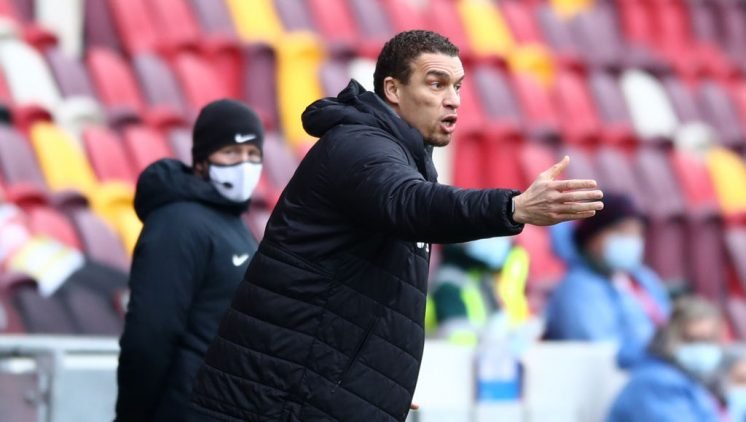 The majority of Barnsley’s width is provided by Callum Styles and Callum Brittain who will have enough chances to bomb forward and attack.

Alex Mowatt and Romal Palmer will sit in the back three and cover defensively but will also look to get forward on the attack.

Carton Morris and top scorer Cauley Woodrow will operate as wide forwards, with February signing Daryl Dike looking to be the target man.

The Tykes like to crowd the midfield area where the back three turns into a back five when they are out of possession. Their pressing game will involve them pressing the midfielders, whilst opposition centre-backs will be allowed plenty of time on the ball.

2v1 or 3v1 situations like to be created in midfield by Ismael’s men.

Barnsley will look to form a diamond shape when the opposition have the ball, not allowing passes to be played towards the front line. Therefore, it will be important for Blues’ frontman to be kept busy by his own team.

They will force the opposition to play balls in the air, allowing Barnsley to win most of the aerial duels, due to their height.

When they do take the lead, Barnsley like to soak up the pressure, and take opportunities on the counter when they can. 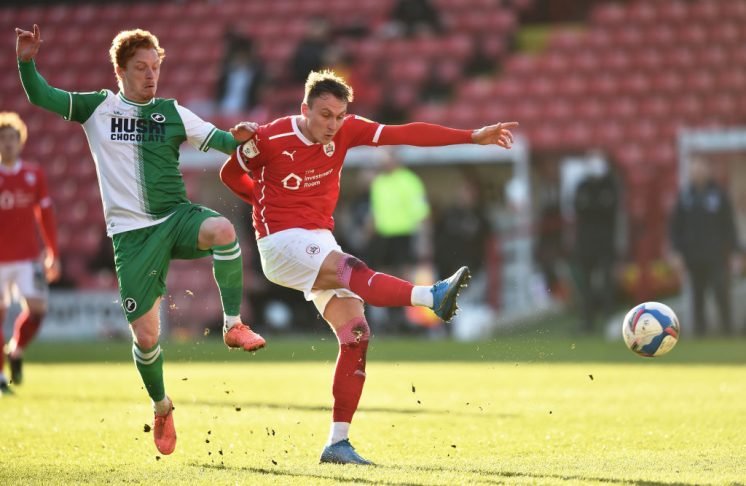 Watch out for the pacy and direct forward Cauley Woodrow who caused problems at St Andrew’s with his pace and work rate, scoring in Barnsley’s comeback win against The Blues.

He has twelve goals and four assists and will be looking to continue his fine few years with Barnsley.

Also, Ismael’s centre-backs will cause problems in both boxes. They will look to be dominant in the air. Therefore, it is no surprise to see Michal Helik who is the joint-second top scorer with five goals.

A man who could also prove to be a threat will be captain Alex Mowatt who has a wand of a left foot and will seek to dominate the midfield and lead the press from the middle of the pitch. His five goals and four assists is respectable and his free kicks will certainly have Helik, Andersen and Sollbauer chomping at the bit.

Be sure to tune into our latest Podcast as we preview Saturday’s game: