Birmingham City make the trip to The Brentford Community Stadium to face Brentford, whose automatic promotion hopes are fading by the week. Blues are looking to build on their impressive start since the arrival of Lee Bowyer.

Brentford’s draw with Huddersfield on Saturday means that they are now ten points adrift of second-placed Watford, with two games in hand being the only consolation.

This season might be following the same pattern as the last, with Brentford eight points adrift at this stage last season. And we all know what happened after.

The Bees are on a run which is symptomatic of a team who are clinging on to fading automatic promotion hopes.

They have only won once in their past five games and have only kept one clean sheet in that period. They’ve played four away games during this run of games, so a return to home soil awaits, with their last win on home territory coming at the end of February.

Interestingly, Ivan Toney’s last three goals have been penalties, with his last goal from open play coming in their last home victory against Stoke. 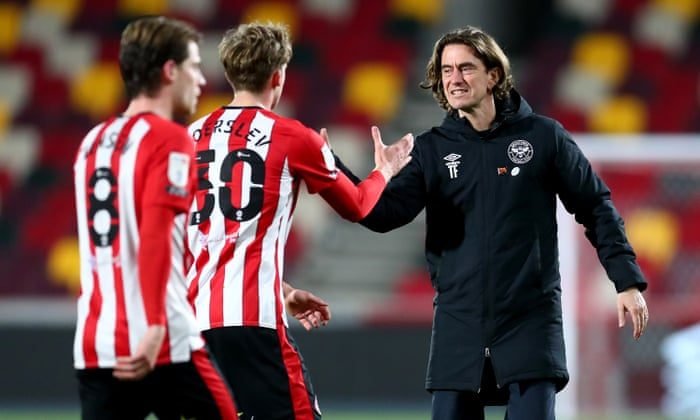 Thomas Franks deploys a 4-3-3 system, with his team set up to be highly energised and always on the attack.

His Danish full-backs Mads Sorensen, who scored in the draw on Saturday and Mads Roerslev are as attacking as you would want them.

Pontus Jansson and Ethan Pinnock are paired at centre-back. Most of the goal kicks are taken short to the centre-halves who both have high passing accuracies.

Cristian Norgaard lines up sitting in front of the back four, who leads attacks with his pinging long balls, releasing one of the attacking three.

The midfield of Saman Ghoddos and Vitaly Janelt are the other more attacking midfielders, organising the attacks and taking players on in that part of the pitch.

Twenty-eight goal forward Ivan Toney acts as the pivot in Brentford’s attacks, forming triangles on both sides of the pitch.

Brentford like to attack through the channels, rather than running towards the byline. Toney will bring the ball down and the midfield will then charge up the pitch and get closer to him, so that the midfield can be dominated.

One thing Brentford lack is the fact that they don’t always seem to force the issue. Their long periods of possession can result in wasted time on the ball, maybe explaining why they don’t kill teams off as much as they should.

After last season’s catastrophic near-miss to the Premier League, Thomas Frank embarked on his third season with The Bees, aiming for the dream.

Brentford were actually Blues’ first victims on the opening day of the season. But Brentford were making good progress in the EFL Cup taking Premier League sides by surprise. Their league form started suspiciously, however. Only one win from their opening four games, which featured a dramatic 4-2 collapse against Preston.

October did prove to be more of a fine month. Three wins and one draw, but the only blemish was the tense 3-2 defeat at Stoke.

November proved to be frustrating for Frank’s men, with two blanks and three consecutive draws showing that this league wouldn’t be a walkover for the London club. But two clean sheets and three successive wins to end the month kept Brentford firmly in the mix for the cherished top spots.

The month of Christmas brought even more joy to the club. Another Premier League scalp for them in the League Cup and now they could look forward to a semi-final tie with Tottenham Hotspur.

The only team that managed to shut them out was Derby. They picked up eighteen points from six games, which included a vital result against Bournemouth. This month saw Brentford just three points off top.

Brentford started the new year with their juicy tie at Tottenham resulting in a Cup exit. The pick of their results came at the end of January, featuring a 7-2 humbling of bottom side Wycombe.

In February, The Bees began to crank it up, with ten goals scored in three victories.

But, the second half of February might prove to be their downfall in the end. Three uncharacteristic losses in five games left Brentford outside the top spots, a rarity for them.

March saw the club lose a key game at Norwich, with the victory at Blackburn the only think to shout about in their hunt for the promised land. 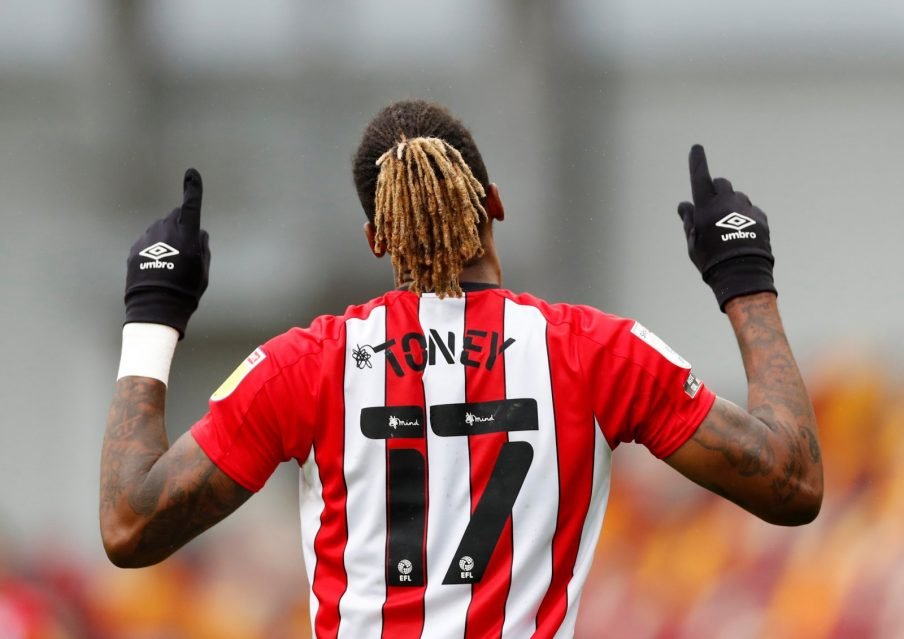 It just has to be Ivan Toney. Twenty-eight goals, but hasn’t managed to score from open play since the end of February. So, this could be the game where everything goes right for Blues.

Bryan Mbuemo who was part of the BMW force last season has the most assists for the club this season (11). Brentford’s front three will be a danger from open play to say the least, with Sergi Canos also playing his part, looking to add to his seven strikes.

The man sitting in front of the back four, Cristian Norgaard, will look to dominate the midfield and stop Blues from getting a foothold in the game. Norgaard/Mathias Jensen, if he starts are adept at controlling proceedings and will look run Blues out.