After a hard-fought game at Brentford on Tuesday night, Blues are now preparing to welcome Stoke City to the St. Andrew’s Trillion Trophy Stadium on Saturday afternoon (3pm KO).

I will be honest, I never thought that after the last run of four games I would be writing that we had taken seven points from twelve available, with the latest point gained after a battling performance in South-West London in the week.

That performance will epitomise Lee Bowyer’s Blues moving forward – fighting for every inch defensively while creating chances and playing to their strengths when going forward. I feel like no matter who Bowyer picks for his starting eleven, or even to be on the bench, they will do the job asked of them when required – case in point with Riley McGree at Left Wing-Back on Tuesday night.

This weekend marks the start of a big week at the bottom of the Championship table. A lot of teams in the bottom six face each other and Rotherham play four games in eight days, culminating in a mighty clash next Sunday when Blues travel to Yorkshire to face The Millers. I feel this week will be key in deciding who stays up and who goes down. 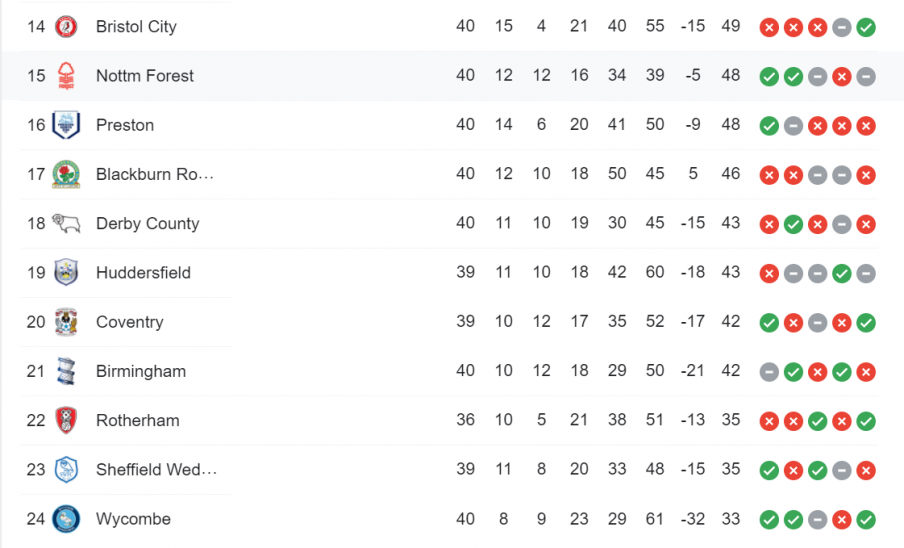 If Blues do manage to take all three points on Saturday afternoon, that will be the third home win on the bounce for Bowyer’s Blues.

Blues face a Stoke City side who have no such fear of the drop. The Potters are about as mid-table as you can get – they are 20 points clear of relegation and 11 off the top six, and whilst they can still mathematically make the Play-Offs it is highly unlikely.

Injuries have scuppered their chance of fighting for promotion this season, and they really suffered between December 2020 and February 2021. In that period, The Potters failed to win in nine games and slipped quickly from 5th to 10th in the League. Michael O’Neil’s men will be looking to finish the season strong and go into the summer with momentum, before igniting a promotion charge in next season’s campaign.

Blues will have to keep a watchful eye on Stoke duo Nick Powell and Steven Fletcher, who have scored a combined 21 league goals this season. This accounts for nearly half of The Potters’ goals scored. 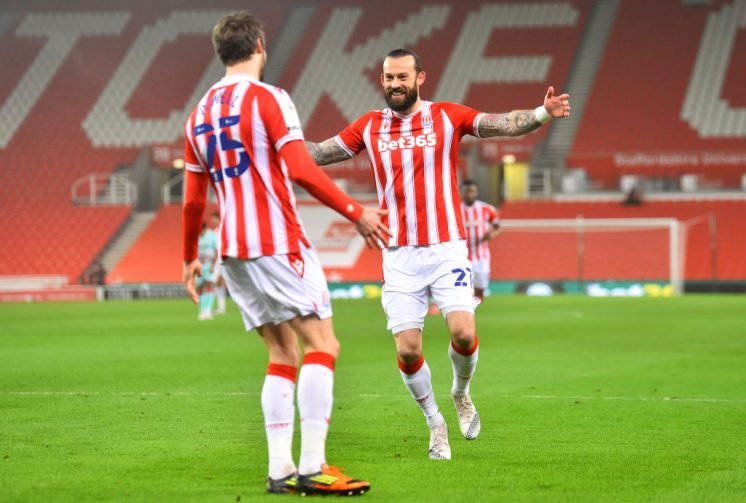 A game of few chances in the reverse fixture saw both teams leave with a point. Harlee Dean headed home from an Ivan Sanchez corner to give Blues the lead. However, in the 86th minute, Nick Powell took aim with an effort on goal that deflected off Dean’s body and trickled into the Blues net.

Caolan Boyd-Munce (thigh) is still unavailable, and Jon Toral is also unavailable after leaving the field on Tuesday night with a hamstring injury.

LB: “Jon Toral is going to be out for a while with his hamstring injury. He was another one who was giving it a r… https://t.co/XMo5cbf4sb (@BCFC)

Sam Clucas made his comeback from a double hernia operation as a substitute in Monday’s defeat to Millwall, so could feature against Blues. Morgan Fox, Alfie Doughty, Joe Allen, Nathan Collins, Tyrese Campbell, Jack Clarke, Tashan Oakley-Boothe and James Mclean are all missing through injury.

The boss has confirmed James McClean will miss tomorrow’s trip to @BCFC.

Last four meetings between Blues and The Potters

I am fully confident that Blues will win this game. We have the momentum and the confidence from the results of the last four games. As I said on the Blues Focus Podcast, physicality will decide this game and I think that is exactly what Bowyer is instilling in the Blues squad. Fight for everything. Get after teams. Be aggressive.

Plus, another three points will be a huge incentive for this squad in the relegation battle.

Stoke have a lot of injuries and have been very inconsistent this season. I just see Blues having too much for the Potters. 2-0 Blues.