It is believed that veteran striker Lukas Jutkiewicz was handed an extended contract earlier this season that will see him stay at the club until 2024, according to the Birmingham Mail. Although no announcement was made at the time it has now been reported that Jutkiewicz signed this contract earlier in the season under Karanka’s time at the club.

Since Bowyer’s arrival, Jutkiewicz has been instrumental in changing the clubs fortunes having scored 3 in the 5 matches of Bowyer’s reign. Most recently Jutkiewicz’s brace at home against Stoke was part of a huge win for Blues now putting 9 points between themselves and the drop.

The new gaffer’s new system revolves around Jutkiewicz’s physicality with a more mobile second striker. Many were quick to criticise the 32-year-old earlier in the season under Karanka’s tenure but the Englishman is certainly proving his worth under this new system.

Since his upturn in form Bowyer has stated: “He is always going to score goals in this division if you give him the right service and opportunity to score goals.”
“He is a winner, a fighter and he is a pleasure to work with, he is such a nice lad off the field.” 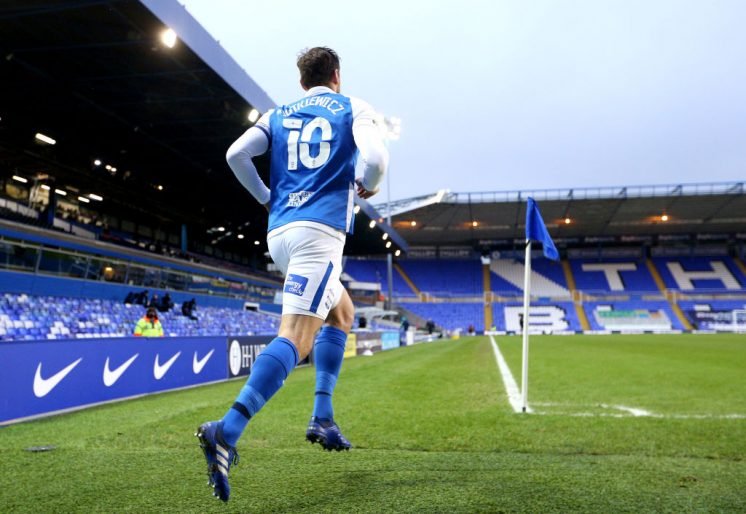 The striker has recently hit two milestones in royal blue colours, firstly his 50 goal tally marked with his opener against Reading a few weeks ago and more recently his 50 championship Birmingham City goals secured with his brace against Stoke.

Juke is a highly respected teammate in the dressing room at Blues having racked up 212 appearances in the 4 and a half years at the club.

For a very experienced striker this is a big statement to give him such a lengthy contract but certainly shows how highly the Englishman is thought of at the club.