Birmingham City make the crucial trip to Rotherham knowing that three points could well be the key to staying in the division. They will be playing a side on the back of two games in three days, with Thursday night’s gut-wrenching loss against relegation rivals Coventry surely in the back of their minds.

There are currently six points separating the two sides, but The Millers have two games in hand on The Blues and must have all the desire to win after Derby’s loss to Blackburn.

The Millers are on a run of one victory from their past five games and that came in their spirited 3-1 victory over QPR on Tuesday night. This was followed by a completely contrasting display against Coventry where they didn’t register a shot on target. But of course, Rotherham are having to play a lot of games in a short space of time, so will hope that they can recover in time for Sunday’s clash.

Apart from that QPR victory, their recent home form doesn’t make for great reading. They lost to bottom club Wycombe comfortably on Easter Monday and with two home esgam coming up, they will need to make the most of their home advantage. 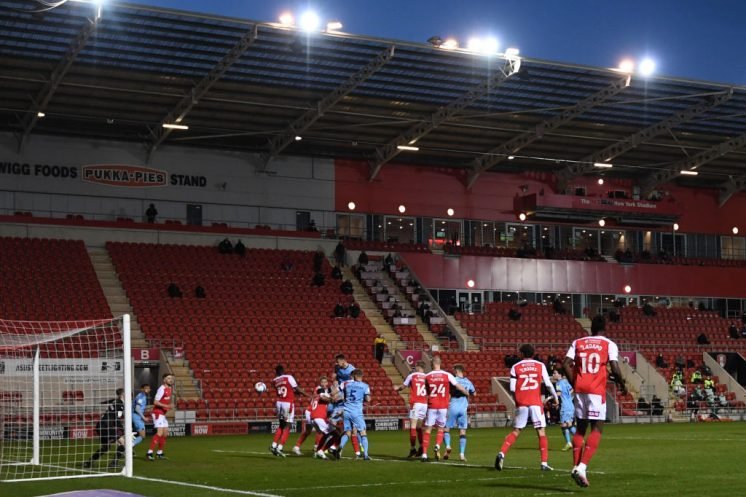 After promotion to the Championship, Rotherham looked to make their mark and started respectably. They accumulated three draws and two wins from nine games by the end of October.

The Millers saw worrying form in November, having just the one win to show for their efforts.

December saw Rotherham’s season turn for the worse, with their 3-5-2 not working a miracle at all. But also, this period marked some unfortunate cases of COVID-19 which had forced the club to call off two matches amidst the threat of a points deduction. They did not manage a point at all on their travels. This form saw them slip to second from bottom.

The start of 2021 saw a shift in formation (3-5-1-1) which saw a change in the team’s fortunes. They won at Derby and Middlesbrough in January, whilst giving Everton a close game in the third round of the FA Cup and scoring three times in a thrilling draw with Stoke, moving to within three points of safety.

February started strongly with two successive wins before five consecutive losses put a sour taste in fans’ mouths, realising that they were now five points from safety but with two games in hand.

March saw the fan base witness a monumental victory at relegation rivals Sheffield Wednesday and midtable Bristol City sandwiched between a thrashing against Watford. Four games in hand on The Blues, they knew they could seize their opportunity.

The Easter weekend saw two pointless matches before a lightning comeback against QPR giving way to a sobering defeat at the hands of Coventry, leaving Rotherham’s destiny in the balance. 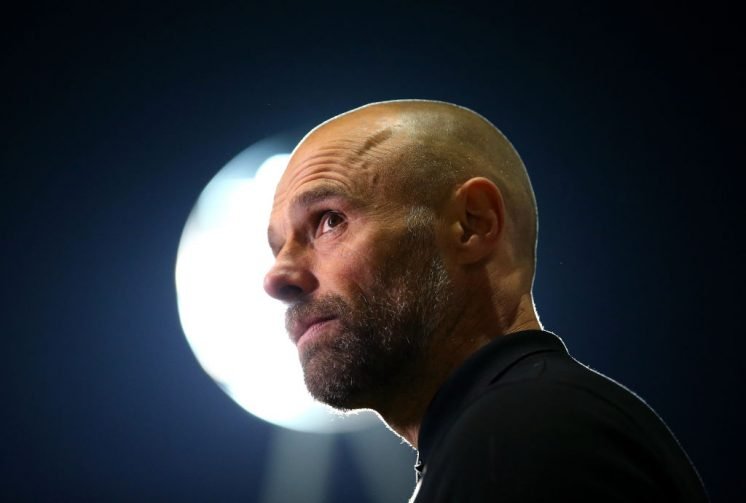 In the last couple of months, Rotherham boss Paul Warne has switched to a 3-5-1-1, which has led to their resurgence in the league.

Big strikers Michael Smith and Matt Crooks occupy the 1-1 positions, with both able to complement each other. Crooks sits just in behind and at 6ft 5in, he is not only a big unit, but a mobile one as well. This has led to a formidable partnership between the two, with seventeen goals and six assists shared amongst them. They have only missed one game between them this season.

Smith is the target man and holds the ball up really well. He will come short to collect the ball, allowing Crooks to run in behind. Smith will also go out wide and provide crosses into the box.

Set piece goals are a major factor in the South Yorkshire side’s game, with only Cardiff City bettering them in this aspect.

The five man midfield is really important, as it leaves them less open and the gaps on the pitch was the issue in the early months of the season. It also means that they have more of a chance of dominating the centre of the pitch. They are newly-promoted so a more cautious but effective approach has been implemented by Warne to help them achieve survival. Their wing-backs Ryan Giles and Matthew Olosunde will bomb forwards and are protected by the three centre-backs.

Smith and Crooks will look to press from the front and are part of the reason why Rotherham are one of the most intense pressers in the league. 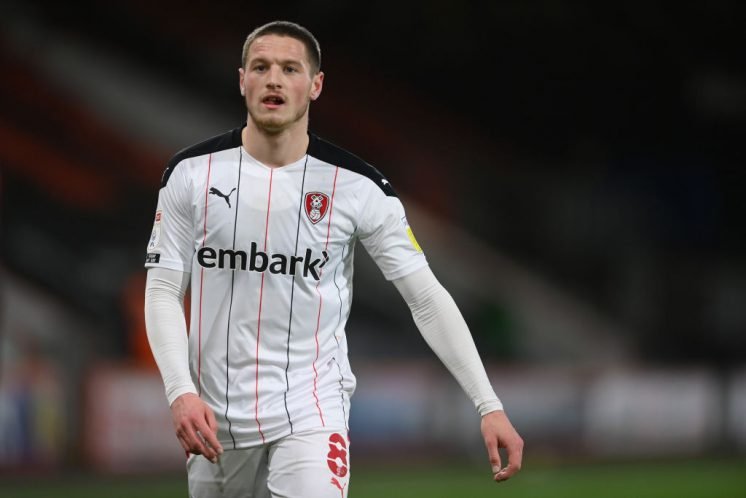 One of the outstanding performers of the season has been central midfielder Ben Wiles. He has a huge engine, gets up and down the pitch and is seen as a decent No 8. He’s played in various roles within the team and is seen as a prospect for the future. Therefore, it’s important for Blues’ two man midfielder to match or better Wiles’s energy.

Matt Crooks is someone who will be able to cause problems for the back three, even moreso than Smith up front. Crooks will look to peel in behind and make darting runs. He is deceptively quick and him and Smith will look to combine aerially especially. Late runners is going to be an aspect of the game on Sunday, with Smith looking to bring others into play.

Former Blues left-back Wes Harding is seen as a contender for player of the year, making the wing-back position his own. Also, midfielder Dan Barlaser is seen as a class above most of his other team mates after his summer move from Newcastle United.