Birmingham City travel to The East Midlands to face Derby County knowing that safety is nearly mathematically secured. The importance of this fixture cannot be underestimated for Wayne Rooney’s Rams, with four points separating them and the bottom three. To put matters worse, Rotherham have two games in hand on Derby.

Derby are on the back of Tuesday’s 3-0 hammering at Preston, which puts their Championship status in limbo. Football in the third division awaits for Derby for the first time since 1986 unless they really grab hold of their last three fixtures.

The Rams have suffered a massive decline with four consecutive losses in their past five games putting them in an untenable position in the league. However, Derby can take some comfort from knowing that their last league win at Pride Park came on 2nd April.

Tom Lawrence has been Derby’s go-to man during this period, scoring two goals in the last three games, but they counted for nothing.

Reading and Preston managed to put three past Rooney’s outfit and disappointingly, have only kept one clean sheet since 10th March. 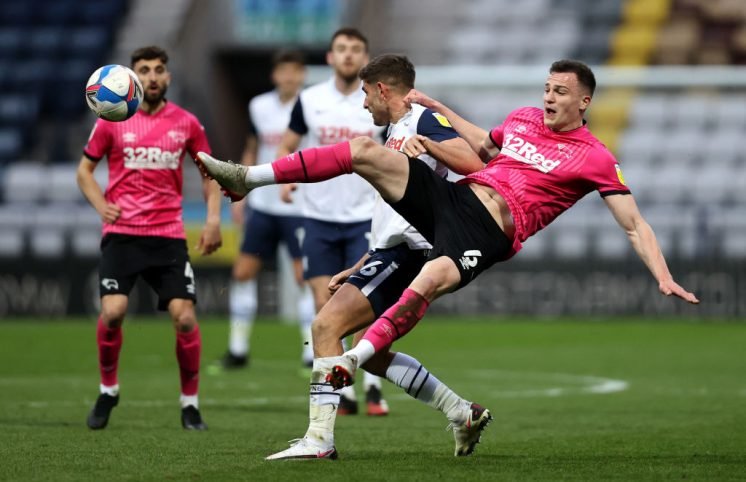 Predominantly, Rooney deploys a 4-2-3-1 system. The back four feature the central defensive partnership of Andre Wisdom and Matt Clarke. Wing-backs Nathan Bryne and Craig Forsyth like to get up and down the pitch. They are also strong tacklers, tending to stop opposition attacks down the flanks.

The defensive midfield pairing of Graeme Shinnie and youngster Max Bird have great football intelligence and Shinnie’s increasing quality on the ball has been praised by Rooney in recent months. Bird is one of the finds of Derby’s academy, having broken through in 2018. Both will press the opposition player attacking them and will even form triangles with two of the backline.

The attacking trio of Tom Lawrence, youngster Josh Knight and on-loan Manchester City winger Patrick Roberts provide the support for former Blackburn and Brighton striker, Colin Kazim-Richards, who is a journeyman to say the least.

Lawrence seems to be Derby’s man to go to at this very moment, and even despite his injuries this season, has managed to pop up with a couple of goals of late.

Roberts and Knight are seen as less penetrative in nature, but they will alternate with Lawrence when attacking, as this system does frequently change for The Rams.

Thirty-four-year-old Kazim-Richards is seen as a flexible attacker, needing to link up with the trio behind him, win tackles and get on the end of attacks. He’s becoming known for his leadership, no-frill interviews, being seen as a cult hero already. 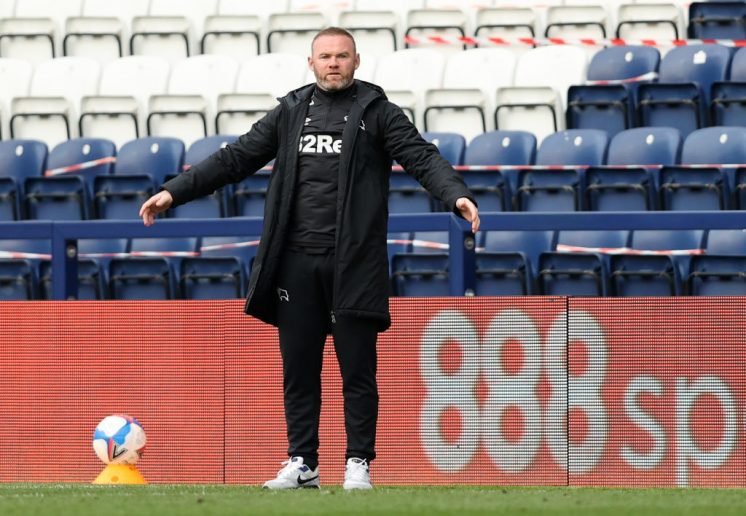 After Derby narrowly avoided relegation last season, Philip Cocu’s second season with The Rams began disastrously, losing their first six games of the season, including a 4-0 drubbing at home to Blackburn.

Derby reduced the rot at a little with three consecutive draws, but with their next two home league defeats, combined with no clean sheets recorded by the middle of November, Cocu was shown the exit door.

Wayne Rooney was appointed, taking over a club who had slumped to the foot of the table. The end of November did not improve Derby’s fortunes with two losses in three games placing Rooney already in muddy waters.

December was more of a cheery month for The Rams with wins against Millwall and Swansea and a 4-0 drubbing of Birmingham swinging the club’s fortunes dramatically. They managed to keep five clean sheets, losing just the once at home to Preston.

2021 started nervously with a critical loss at relegation rivals Sheffield Wednesday and an FA Cup exit at the hands of non-league side Chorley. But Derby picked up spiritedly with three consecutive 1-0 victories.

Derby moved nine points clear of the bottom three by the end of February, with three wins and a draw against local rivals Nottingham Forest.

However, March could prove to be the unfortunate turning point in The Rams’ season, as they picked up just one point and were humiliated in a four-goal drubbing at Cardiff.

Since the end of February, its five points picked up from eleven games, with Rooney somehow looking to stop the rot of four straight losses, amidst financial difficulties off the pitch. 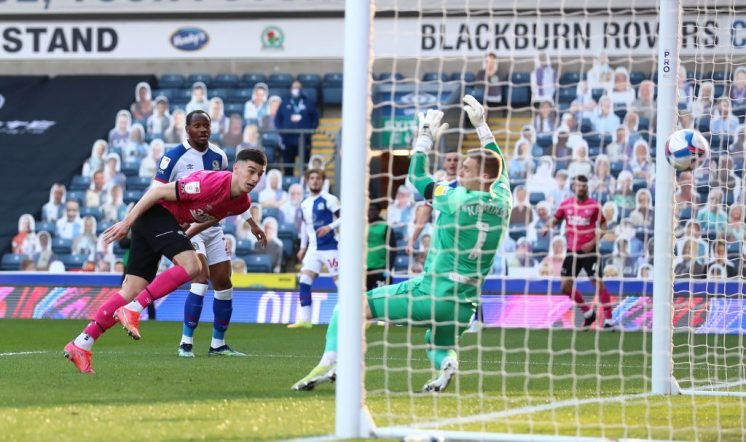 If there is going to be any danger from a beleaguered Rams side, it has got to be Tom Lawrence. He’s a great No 10 on his day, but hasn’t been able to light up the Championship for quite a while.

It’ll be an interesting task for Harlee Dean and Marc Roberts, or even Kristian Pedersen if it is a back three on Saturday, coming up against the revitalised Kazim-Richards. He knows how to play the game and will be looking to win those aerial duels.

Graeme Shinnie and Max Bird have lots of energy in the middle of the park and will look to press Blues’ attackers, but also spread play about searching for openings.