Birmingham City can enjoy their last two games of the season, starting with their last home game of the campaign against Cardiff City. Safety is secured and Lee Bowyer’s resurgent troops can record their highest finish since 2015/16.

They face a Bluebirds side whose season was swung by the appointment of Mick McCarthy, but the initial spark has faded away ever since, with The Welsh side looking to finish as high as seventh by next weekend. A first victory over Cardiff awaits since October 2017.

Cardiff are on a run of one win from their past five games, which has seen them drift far away from the play-off picture in recent weeks. That victory came against bottom club Wycombe. Despite this victory, they will be without midfielder Will Vaulks after his stoppage-time red card.

Cardiff haven’t scored from open play on their travels since their derby victory against Swansea on 20th March.

Since then, they’ve been relying on Kieffer Moore on away territory who helped McCarthy’s outfit to claims points against Reading and Brentford through two penalties.

Cardiff’s mixed run saw a 5-0 thumping at relegation-threatened Sheffield Wednesday, not scoring from their seventeen shots on goal. 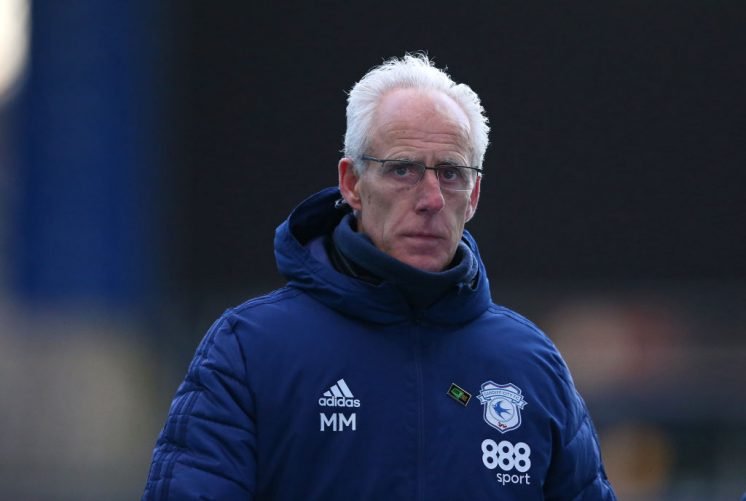 Mick McCarthy has predominantly used either a 3-5-2 or a 3-4-3 in every league game since he took over from Neil Harris.

The three tall centre backs Sean Morrison, Aden Flint and Curtis Nelson are no-nonsense and will look to pump the ball up to Kieffer Moore, the Bluebirds forward. McCarthy wants them to be solid and unyielding at the back, looking to mop the ball up and look up the pitch.

The long throws are a massive threat in this system, with Flint and Morrison dangers at the front post, with Moore lurking behind.

Harry Wilson’s set-piece deliveries are pinpoint and have made Cardiff’s huge players unstoppable in the box.

Despite the more pragmatic style of play, Cardiff are rampant in attack, boasting the joint-fourth best strike rate in the division. This rampant attack is seen with the wing-backs Perry Ng and Ciaron Brown providing the width with Wilson, Moore and Josh Murphy having the licence to attack.

Murphy looks reborn in his second striker role with him and Ojo providing the goals and assists to prove their boosted confidence under McCarthy.

Recent injuries have meant that the wing-backs have been forced to be exposed. One of Ng or Tom Sang, both naturally right-sided players have had to fill in at left wing-back in place of the reliable Joe Bennett. But it is clear that a combination of doggedness, strength, but fluidity in attack will help Cardiff at St Andrew’s. 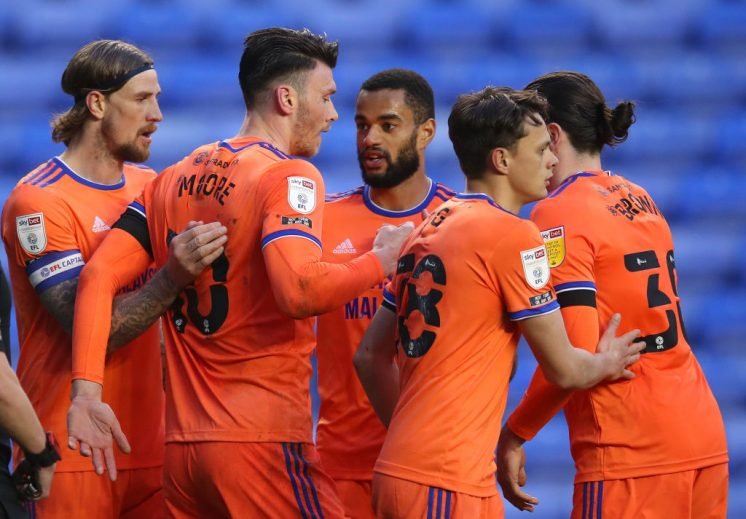 The month of November saw the Welsh side continue in the same vein with losses to Bristol City and Coventry only put aside by a four-goal thumping of Luton Town.

Their meeting with local rivals Swansea on 12th December ended with the derby laughs going the other way before three straight losses towards the end of the year gave Bluebirds fans that ill-feeling going into 2021, seeing their side toiling in fifteenth position.

The beginning of 2021 didn’t get any easier with two straight home losses marking the end of Neil Harris’s time at The Cardiff City Stadium.

Only a day later was Mick McCarthy appointed and he scrapped the ‘on-the-floor playing style, going back to basics and rejuvenating key players.

McCarthy witnessed two straight draws before a magnificent run of six straight wins, scoring fifteen goals in the process, taking them into sixth position within a flash.

Their unbeaten run extended to eleven games with 4-0 wins overseen against Derby and Preston. It wasn’t until 13th March that fans would see the first loss under McCarthy, going down against Watford.

Cardiff did avenge their derby loss to Swansea on 20th March which duly ended their automatic promotion hopes, but a run that has seen a five-goal drubbing at Hillsborough and only one win in five attempts means that Cardiff’s hopes of promotion this season will need to wait until next season. 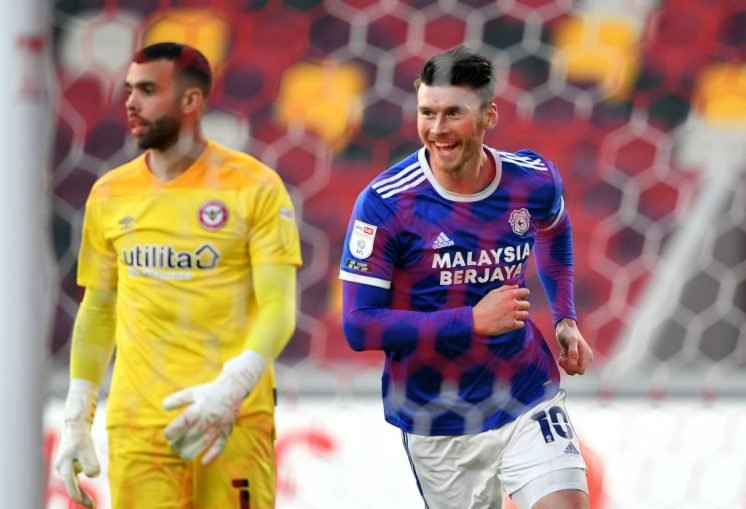 It just has to be Kieffer Moore. Twenty goals and the one assist, he has had another impressive season in the Championship. He is going to be a huge nuisance for The Blues backline and with his towering 6ft 5in self, lurking in behind on set-pieces, corners and long balls over the top, he will need to be marshalled as best as possible.

It’s eleven assists and counting for former Liverpool man Harry Wilson. An assist machine and his free-kick and corner deliveries will have Moore chomping at the bit especially.

The three centre-backs Morrison, Flint and Nelson will prove to be a huge contest for Blues’ front line. Lukas Jutkiewicz will want to win his fair share of headers, but not only that, those three dogged defenders will be threatening from Wilson’s deliveries all day long.