Once again, Spanish midfielder Fran Villalba looks to be packing his bags and heading out on loan before Blues’ first game of The Championship season kicks off on Saturday night.

The 23-year-old has just returned from a season and a half long loan with Almeria, bagging himself a total of 5 goals and 6 assists. The club were interested in pursuing a permanent deal for Villalba, but failure to gain promotion to La Liga meant the deal fell through.

Villalba has made limited appearances (17) for Blues since signing his 3-year deal back in 2019 and has been utilised minimally by Bowyer during preseason. Villalba wasn’t involved at all in Blues’ 4-0 defeat to Baggies at the weekend, and the Spaniard wasn’t used in either squad against Salford or Northampton last weekend. 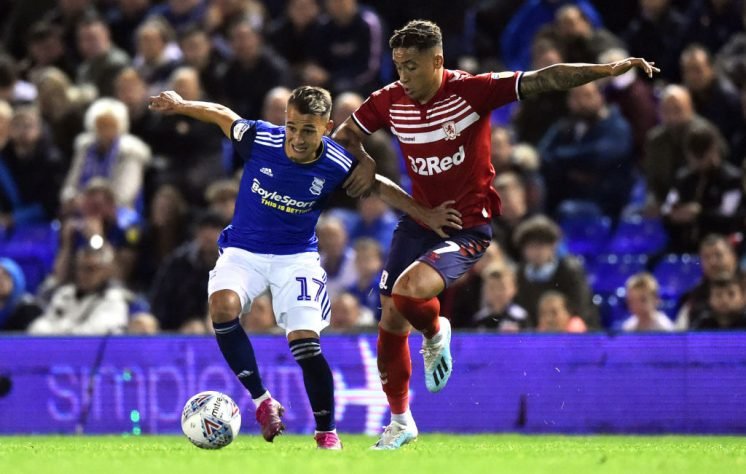 Sporting Gijon looks to be the club Villalba will be moving to, with the second division Spanish team showing interest when the window first opened. Villalba will likely be a regular outfit in the side, with playmaker Manu Garcia looking to leave.

Given that Villalba has 1 year left on his contract with Blues, it likely suggests that this is the last we will see of the Spaniard down at St. Andrews.

With the signings Blues have made this summer, and the options we have in the side gives Villalba very little chance at all featuring in the squad at all this season, so a loan move seems to be the right option. What are your thoughts on this Blues fans? Let us know on Twitter @bluesfocus!