Five goals gave Blues a five-star performance away at Luton this afternoon. It was the first time Blues scored more than 2 goals in a match in 59 games as well as scoring 5 goals in a league game since a 5-2 victory over Fulham in November 2015. As you can imagine there will be a lot of high ratings but who was the best?

Šarkić didn’t really have any major saves to make today although he did have a nervy moment after he spilled a long-range strike from former Blues player Amari’i Bell, however, he made himself big which put off Lockyer who blasted his effort over the bar from close range.

His main job today was sweeping up Luton’s long balls over the top and he was always in the right position to intercept the pass or boot it away. His concentration earned himself a 3rd clean sheet in 4 league games.

Another good performance from the Frenchman. His biggest test came on the stroke of halftime after Dean misfielded a long ball forward, but, Colin got the perfect touch on the ball to guide it back to his ‘keeper. Had Luton got a goal back before the break it could’ve been a very different game.

As well as being solid at the back he never shied away from joining the attack and was awarded towards the end of game with an assist for Gardner.

Roberts played the role of pantomime villain in the first half after bringing down Harry Cornick in a crunching slide tackle to the anger of the home crowd. He would be giving them more displeasure in just 5 minutes after he thumped a header past Sluga following a good cross from Bela from a corner.

He had a lot to do at the back as well due to the very direct approach from Luton, however, he passed the test with fly colours and dealt with everything thrown at him.

Like Roberts, he had to deal with a lot of balls over the top from Luton but passed the test apart from the one occasion when he was caught out of position and Colin had to sweep up. Aside from that, another inspiring performance from the skipper.

Pedersen was completely solid down the left hand side. Bela was given licence to play higher up tonight which meant Pedersen had more defending to do and he did it very well by stopping crosses into the box and putting in some crunching tackles down the touchline.

Surely he can’t get any better? Chong has proved once again that he is a Premier League quality player and when he moves on it will be very painful. He gave the Luton defence nightmare by running at them and gliding past them as if they weren’t there. His confidence was evident when at the side of the touchline he did a very nice heal flick to get Blues moving up the pitch.

He bagged himself a nice assist after teeing up a perfectly weighted cross for Hogan to head home and was alive from a Luton corner to run from his own half and get himself through on goal, flicking the ball to Hogan before he was brought down. What a performance again from the United loanee, we must enjoy him while we have him.

Woods had his best performance since joining Blues today. He was very comfortable on the ball exchanging one touch passes to his midfield partners as well as spraying good some cross-field passes to Bela and Chong which gave them plenty of time to deliver good crosses into the box. He also made some good interceptions as Luton looked to break forward.

When you have a £6m price tag like Sunjic there’s always a lot of pressure to give a good performance and today he definitely put in a brilliant shift. That’s the best I’ve seen Sunjic since he joined Blues, he was well worth his price tag. Like Woods he was very composed in possession with an 87% pass accuracy and made some brilliant sliding challenges and interceptions to halt Luton’s momentum.

Bela was much more lively today as he was allowed to play higher up the pitch. He put in a brilliant cross from the corner for the first goal which was almost impossible to defend against and like Chong he drove at the defence, did a few step-overs and looked to get more crosses in the box. 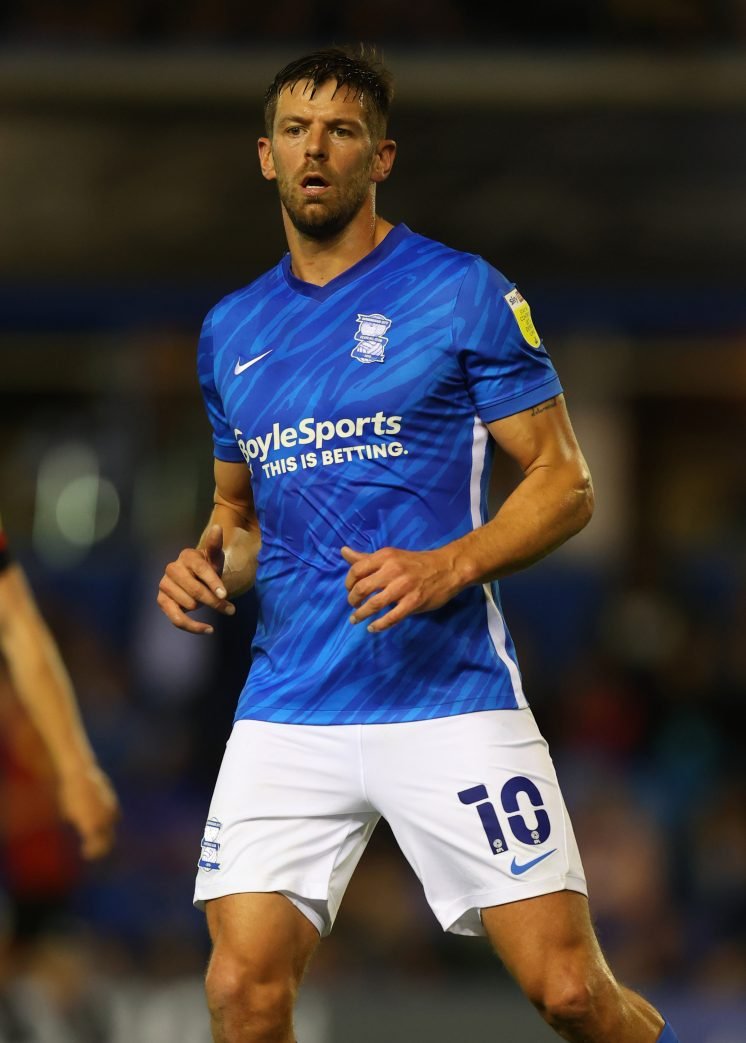 Jukey did what Jukey does best and made life difficult for the Luton defence as he was determined to flick on every long ball forward or force them into a mistake. Jukey would’ve loved to get in on the scoring action and he almost did within the first two minutes after Marc Roberts put in a testing cross but unfortunately his header was just wide.

Hogan ended his 6 game goal drought with 2 classic strikers goals. He planted a header into the postage stamp from Chong’s cross— a header which Juke would be proud of. His second goal came after Chong managed to flick it past Sluga before he was brought down and Hogan was in the right place at the right time to tap home, strikers instinct. The exact performance we want to see from Hogan and hopefully, his goals give him some momentum going forward.

You could see he was desperate to open his Blues scoring account and he managed to get his goal as he bundled the ball over the line. He sent a header just wide and forced Sluga into a save at his near post and on another day the ball may have been parried into the danger area.

Sanchez came on for the lively Chong and he managed to fit straight in, linking up with Colin and causing the Luton defence issues. He came close to a goal as he weaved his way into the box and looked to put it in far corner but unfortunately it was blocked. He was close to an assist as well as Aneke was inches away from converting his cross.

What. A. Goal. Gardner scored the best goal of the afternoon after Colin teed him up and Gardner’s shot swerved into the far corner. Lee Bowyer may well have a selection headache for the cup game on Tuesday with so many midfielders playing well.

Who was your man of the match? Vote below on our Twitter poll!

Who was your star man in a