This season just gets better! Last night, Blues picked up their first home league win of the season over a nervy Derby County side. Here is the recap of all the action:

Blues again made use of their 5-3-2 formation which has been very successful so far this season as Lee Bowyer named an unchanged starting XI from the side which drew against Barnsley. Troy Deeney was named on the bench but received a huge standing ovation from the main stand as he made his way to the bench. 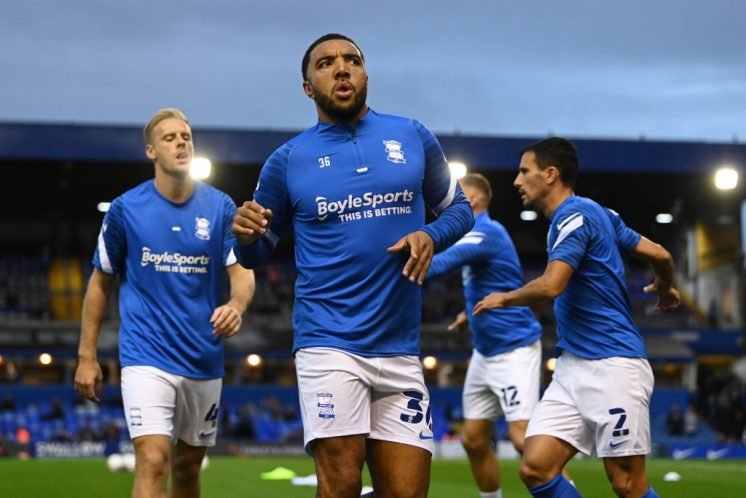 The first chance of the half went the way of Derby after Tom Lawrence weaved his way through the Blues defence to easily, fortunately, however, his shot was straight at Sarkic. The first 30 minutes saw very few chances for both sides, however, Blues perhaps should’ve led after Dean at the headed Roberts’ long throw back across goal, but, Hogan could only direct his header wide.

He would have a chance to make amends soon after however, as Jukey ghosted in behind Curtis Davies to intercept Lee Buchanan’s pass back to his ‘keeper. Roos did well to save Jukey’s initial attempt, however, as Juke teased it to back post, Roos could only divert it into Hogan’s path for him to open the scoring.

In the 35th minute, the whole stadium stood up on their feet to remember former Blues play Sam Oji who sadly passed away at just 35.

Both sides struggled to create any clear-cut chances. For once, Blues were gifted a goal by the opposition messing around at the back which doesn’t often happen. But with a one-goal lead, if Blues were able to prevent Derby from troubling them for another 45 minutes, the win would be in the bag. Troy Deeney got a huge roar from the Tilton as he began warming up. 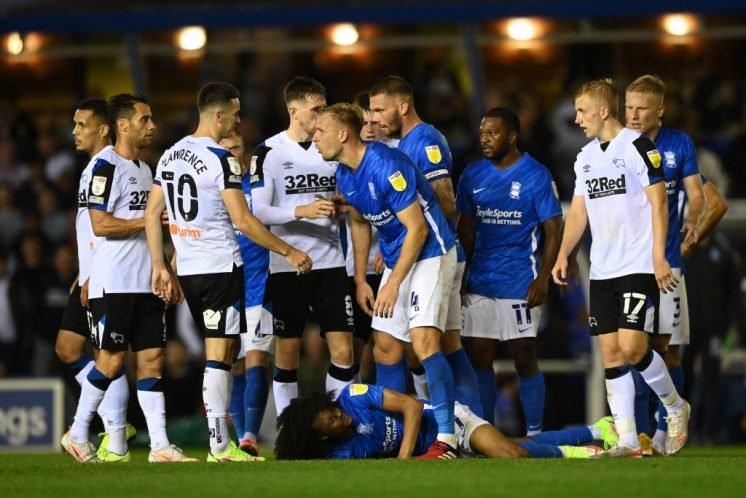 Blues started the second half on the front foot as within seconds Chong found himself with space on the right wing and put in a delightful cross towards the back post. Unfortunately, the angle was too tight for Bela and it ended up in the side netting.

Derby did have a 10-minute spell where they caused Blues some problems. The closest they came was when Lawrence again weaved his way through the defence and Sarkic had to stretch to parry the ball to the side and fortunately, Sibley blasted the shot over. Ravel Morrison tried an ambitious effort towards Sarkic’s near post but it went high and wide and truthfully, Sarkic had it covered anyway.

Then the main man came on. The loudest noise of the night was the cheer for the Chelmsley Pele as Deeney made his long-awaited Blues debut. He was straight into the action as his quick pass towards Chong set up a good chance for Blues, however, Hogan wasn’t on the same wavelength for the cross. With time running out, it only looked as if Blues were going to extend their lead and indeed they did.

Colin intercepted the ball in the middle of the park and drove forwards. He played it in towards Sunjic and as Sibley tried to intercept, he could only do a flick which Jude Bellingham would be proud of, into the pass of Jeremie Bela who lashed it past Roos at the near post. 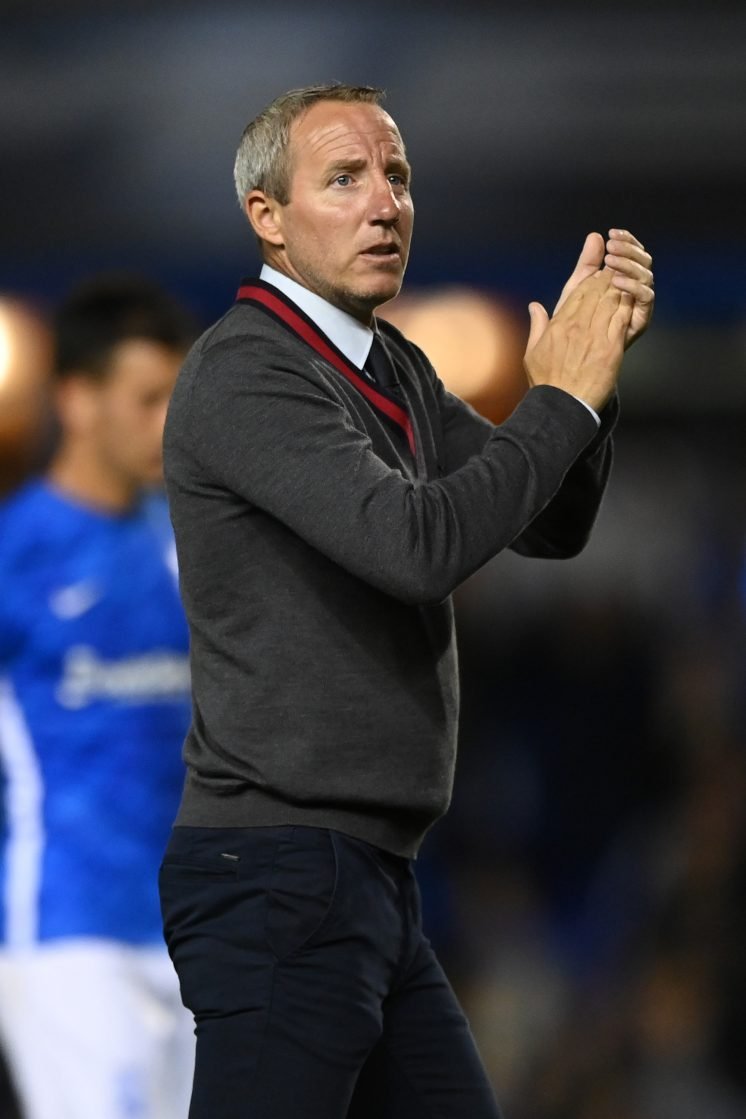 This victory takes Blues into the playoffs, albeit, having played a game more than the rest of the league. No matter what happens off the pitch, the performance on the pitch just keeps getting better. This team seems really special. The bond between the squad and Lee Bowyer looks unbreakable and I think we could definitely finish in the top 10, if not higher.

Wayne Rooney said he believed we didn’t do enough to win the game. That is complete nonsense and a very salty reaction. We scored two goals so clearly we did do enough to win it and if any side deserved the win, it was us.

Next up, we have Fulham at home on Wednesday night. It will be a huge test for Blues, however, with the upper Tilton now open and a stronger Blues XI, I think it will be very different from the cup tie we saw a few weeks ago. Fulham will be favourites for the game but I doubt many people would be writing us off getting a result.