Birmingham City look to put their harsh 4-1 defeat in midweek against Fulham by bouncing back when they visit newly-promoted Peterborough United for the first time since February 2013. When both of these teams last met, The Blues came out on top in a 2-0 victory and Lee Bowyer’s men will hope for the same and will look to maintain their unbeaten record on away travels.

It’s one victory from their opening six games for Darren Ferguson and no points on their travels.

The Posh have experience heartache already this season. Newly relegated Sheffield United demolished them in a 6-2 rout and Reading sweeped them aside in a two goal swing on Tuesday night.

Interestingly, The Posh like to concede in the second half of matches. Reading grabbed their goals from the midway point of the second half in order to get past the new boys, whilst all but one of Sheffield United’s goals came in the last forty-five minutes. Similarly, West Bromwich Albion dealt them a sucker punch when Semi Ajayi netted home in the final kick of the game.

Despite this, Ferguson’s men have shown that they are comfortable in an offensive sense in a league which they have not accompanied for around eight years. Seven goals from six games which nearly equals the goal tally of eleventh place Middlesbrough.

Ferguson operates with a 3-4-1-2 formation. This means that Peterborough want to ensure they have enough cover in their defensive mindedness but it is clearly not going to plan.

Of the three centre centre-backs, Nathan Thompson is the most versatile as he can play at right back. The central defenders will spring a few passes together to move the opposition’s shape and will then look for an option in the midfield to get an attack moving.

One of the midfielders will then look to spread the ball out wide, typically Thompson who likes to drive from defence.

The Posh also like to play a direct style especially if the opposition play a high defensive line. The direct style is evident in their victory over Derby where both goals came from initial long balls with attacks being finished with slickness and incisive passing. The Posh might prefer to play on the floor because a direct style would play into the hands of our physically sound back three. 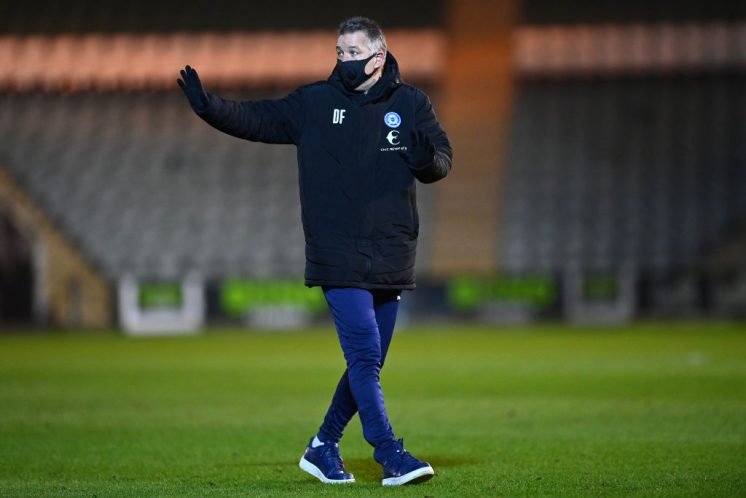 However, there is a subtle physicality about Posh’s football. Jack Marriot, in his second spell at the club showed such strength when he shrugged off the Sheffield United backline to score in the 6-2 hammering.

So, Ferguson might opt for a mixed approach and we could even see some changes to Blues’ line-up with a bit of freshness needed to keep the momentum going.

If it’s not Marriot in the team, then it’s the formidable Jonson Clarke-Harris whose own physical attributes and pace make him a big plus for this team. Clarke-Harris is able to benefit from Peterborough’s wing-play where most of their goals came from last season in League One.

Clarke-Harris is mainly seen as the target of these attacks and he is normally seen linking up with the pacy Dembele and attacking midfielder Sammy Szmodics who is a chance creator.

Left centre back Dan Butler is adept with his lofted deliveries and Peterborough will use physical strength and speed to get on the end of his deliveries from deep. 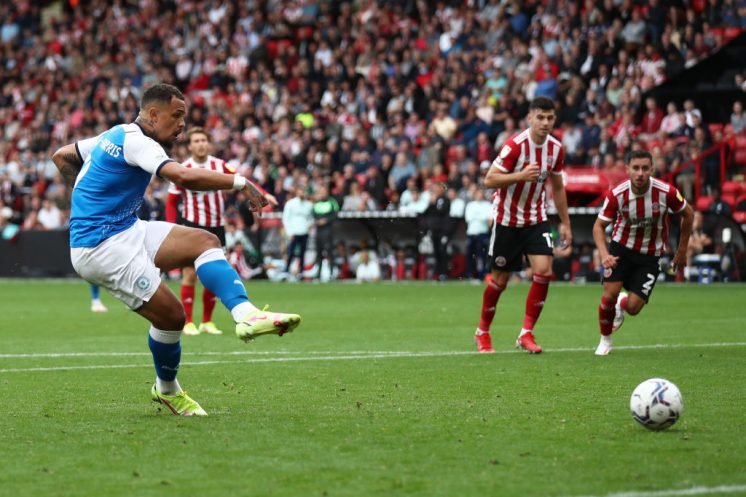 I think it’s key for the defence to put in a measured performance against the front two of Peterborough. Dembele is nailed on to start but either Marriot who took Derby to the Championship play-off final and Clarke-Harris who scored respectably for Rotherham United in this league will prove to be equally as effective.

The back three will need to keep on top of the long balls and the quickness of Dembele because he is an annoying customer and will look to do everything to roll the Blues defence around.

What are your score predictions Blues fans? Let us know via our Twitter page @bluesfocus!