It’s that time again! Blues will host Preston North End at 3pm tomorrow afternoon as Bowyer and his men look to bounce back.

Nobody could have foreseen the dreadful performance last Saturday, losing 3-0 to recently promoted side Peterborough United, including a red card for Gary Gardner which will force him to miss out on the match tomorrow afternoon.

During the match, however, we once again saw a promising performance from Manchester United loanee Tahith Chong. Another notable player who stood out within the team was Ivan Sunjic who has failed to impress within the last two seasons at the Blues. However, it would seem Lee Bowyer has been able to reignite his confidence. Definitely a player worth keeping an eye on.

Following his sending off at Peterborough, Gary Gardner is the latest absentee alongside Ivan Sanchez who is still recovering from his operation. Marce Roberts, meanwhile, is touch and go as he was taken off at halftime against Posh due to stomach problems.

Both Connor Wickham and Liam Lindsay will be unavailable for the trip to the Midlands after picking up injuries in Tuesday night’s Carabao Cup tie against Cheltenham Town. 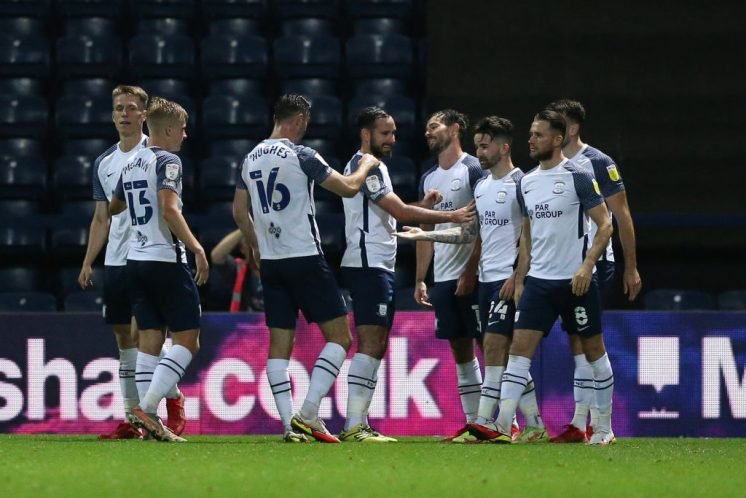 As for Preston, their last 3 championship matches have ended in a draw however they were able to take apart Cheltenham town in a 4-1 win in the carabao cup. The Lilywhites currently sit 16th in the table with 9 points in total out of 8 games.

WORDS FROM THE GAFFER

Twitter: Lee Bowyer on facing Preston: “We are at home and we have to take the game to them, try and put them on the back fo… https://t.co/yjZ57lCyq1 (@BluesFocus)

The match at Deepdale tomorrow will most likely not be an eventful one, with both teams definitely struggling from low morale. I could see this match ending in a dull 0-0 draw with star performances from Tahiti Chong and Troy Deeney.