After another disappointing defeat in midweek at the hands of QPR, Blues took on Nottingham Forest at St Andrew’s. The reds came into this one as a revitalised side following the dismissal of former Blues boss Chris Hughton and the appointment of Steve Cooper. This encounter would prove to be another disappointing performance by Blues, especially defensively, as Forest gave Blues a thrashing. Here is the recap of all the action:

Blues actually started the game very positively and were unlucky not to take the lead. Jutkiewicz forced Brice Samba into a very good save after the targetman was brought down from a Roberts long throw, however, he managed to get to his feet and lash a fierce effort towards goal, resulting in a fingertip save from the Congolese ‘keeper. Roberts’ long throw continued to cause problems as Dean’s flick on found Chong who hit it on the half-volley. Remarkably, the ball went through a Forest defender’s legs on the line and off the outside of the post.

It would prove to be a familiar story for Blues as after having chances to take the lead, they found themselves behind. Chong lost possession in midfield and Grabban ran unopposed to the edge of the box. The further he ran, the further back the defence dropped. Given acres of space, Grabban picked his spot and curled it into the top-right corner.

Blues almost had an instant reply as Forest gave away a free kick in a dangerous position. Bela put in a good delivery and Dean’s header came off the post for the second time. Once again Blues were cursed as Forest would punish Blues for not taking their chances. Bela gave the ball away in midfield which once again Grabban latched onto. The striker took it around Sarkic, however, the Blues ‘keeper did excellently to knock it out for a corner. Unfortunately, Blues would concede from that corner. Jutkiewicz individually was having a very good game, but, he lost Ryan Yates who headed past Sarkic.

Just before the break, Blues thought they had pulled it back to 2-1 and set up a contest for the second half, but, disappointment set in again as the linesman ruled Hogan offside. 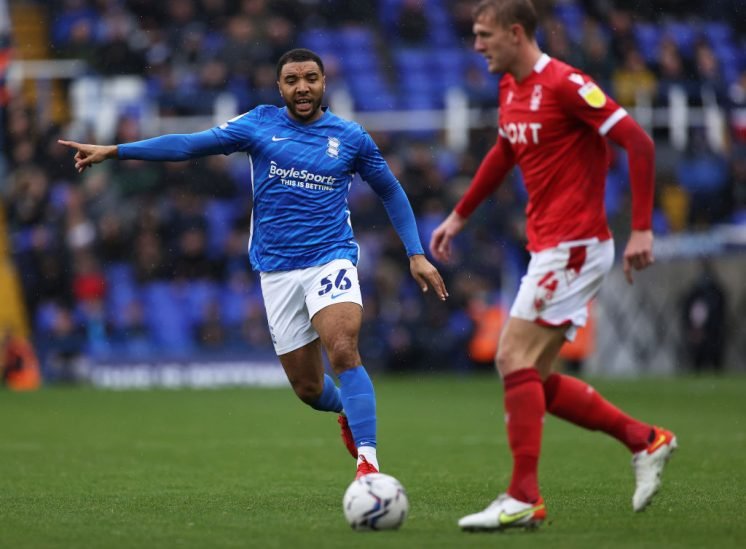 It didn’t take long for Blues to concede once again. Forest were once again merciless on the counter after Blues lost position near the Forest box. Djed Spence ran all the way from his own half to find an ocean of room on the Blues left side which he took full advantage of and blasted the ball past Sarkic at the near post. Nothing the Blues ‘keeper could do about that. The defence was all over the shop. It felt like every time Forest broke forward, they were going to score.

Blues had chances to find a consolation. Chong picked out Pedersen and once again his header came off the woodwork. Pedersen came close again 10 minutes later but Forest were well positioned to clear his effort off the line. Perhaps the best chance came after Roberts flicked a header from Chong’s corner towards goal forcing a brilliant save with Deeney inches away from connecting on the rebound. 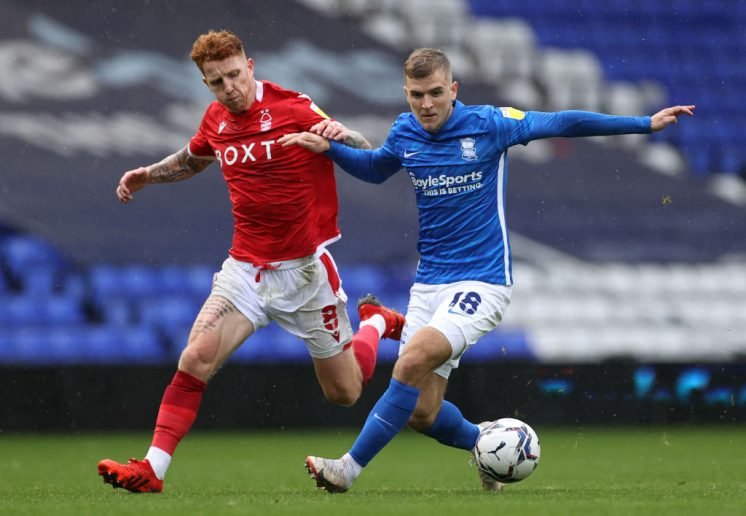 The situation is becoming quite bleak again. There’s shades of the last 2 seasons where we had a fairly decent start and then found ourselves in a relegation battle. These are the same defenders who had the best defensive record in August but now, we look defensively vulnerable every game. I fully support Lee Bowyer; we have to stop sacking managers every season. We’re in awful form (1 point in 5 games) but I still trust Lee to turn it around.

The international break has come at a good time for Blues. It’s vital we work hard on the training ground and cut out individual defensive errors. Next up, Blues play the Baggies at the Hawthorne. It will be a very tough game as they will be determined to get back to winning ways and push on with their promotion charge. However, if we can nick a result, it will give the squad some much-needed confidence.

Credit must be given to the visitors today. Forest were dire under Chris Hughton, but today, they looked brilliant. Steve Cooper deserves huge credit for turning around their fortunes. Brice Samba has received a lot of criticism this season but he made some class saves today and looks to be back to his best. Overall a very good day for Forest; one to forget for Blues.