On the back of a morale-boosting victory over Blackpool where the evergreen youngster Jordan James stood out, Birmingham City visit a Millwall side seeking to climb above them with victory at The Den.

Blues’ last success in this part of London came close to three years ago when a James Meredith own goal and a Michael Morrison finish gave Garry Monk and his then Blues side all three points. Interestingly, a win on Saturday would mean that Bowyer’s men would be a point adrift of where they were in that 2018/19 campaign. And if you remember, Blues were flirting with the play-off spots under Monk for a period.

Apart from that triumph, Millwall usually come out on top on The Den against us.

Millwall have only lost one match in their past five outings and that was their most recent fixture, a 2-1 reverse at Hull City. It was a surprising but deserved defeat with The Lions exposing their lack of ability to score goals and paying the price against a Hull side that are picking up form at home.

Millwall are strong but not spectacular at home. They have scored more than once on only two occasions at home this season and haven’t won a game at The Den by more than two goals yet.

They have conceded five goals in their five matches and in their last three draws they had to come from behind against Middlesbrough, Derby, and Bournemouth to take a share of the spoils. 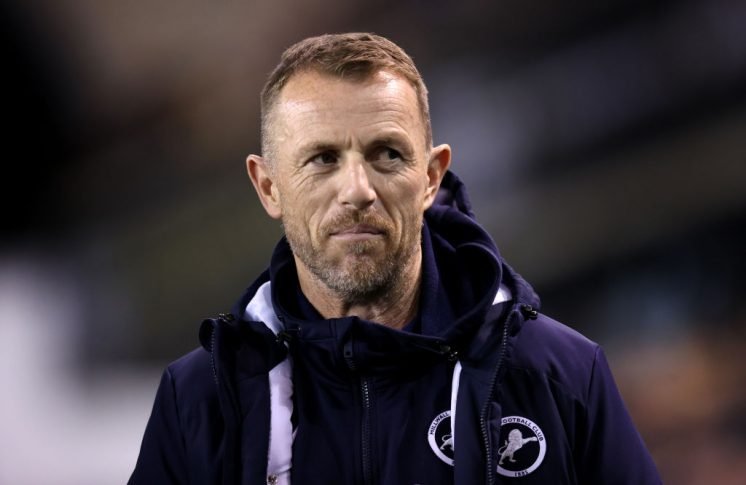 Gary Rowett predominantly uses a 3-4-2-1 system for his outfit. A very defensive and rigid formation that relies on his team being defensively rigid and sitting deep and narrow, dominating in aerial battles, pressing reasonably well, and taking their opportunities when they do come around.

This system has allowed Millwall to get results against even the better teams in the division. In some aspects, this setup can work against Millwall. We see evidence of this in a recent home game against Bournemouth, where the goal that The Lions conceded came from an ability to win second balls and clear the ball on multiple occasions after a corner was swung in. Millwall were sitting quite deep and narrow on this occasion, failing to push out. In the end, Dominic Solanke was able to rifle home when given the chance.

Millwall’s aerial dominance at both ends of the pitch arises from their three huge centre backs, Jake Cooper, Shaun Hutchinson, and Daniel Ballard. We know that Bowyer’s men like to whip in crosses from both sides with the wing-backs, but they will not work especially with Scott Hogan so there will be an emphasis on his pace and movement to disrupt Millwall’s low block.

The midfield comprises of Billy Mitchell and George Saville. It will be an interesting battle with Ivan Sunjic and Jordan James and I feel this is an encounter where we can see James grow even more. Against a midfield that will be industrious and sturdy, it is a chance for James especially to test himself against different opposition.

James should see himself up against Billy Mitchell and here we see two youngsters battling it out. Mitchell will most likely sit the deeper of the midfielders, cleaning up the scraps and dictating from a deeper position. I feel that the youthful energy of James will be important to try to upset Mitchell and the tempo of the game. James’ ability to be creative will be important in taking the game away from Millwall.

I think it will be tight and scrappy just like any old game with Millwall. Blues’ back three have been keeping plenty of clean sheets this season, but Benik Afobe has been around and his pace and strength will challenge our backline. Stopping the supply from Jed Wallace and Shey Ojo will be tricky and this is where I feel the game will be won and lost: the quality of the final ball. Millwall do not score many and Blues are the same. It just comes down to who can put their chances away. I’m going 1-1.