Birmingham are amongst a host of clubs looking to take Manchester United youngster Hannibal Mejbri on loan this season, according to The United Stand and Sky.

West Brom, Middlesbrough and Millwall are the other Championship sides battling for the Tunisian’s services, along with Braga and two unnamed Spanish clubs.

Blues head coach John Eustace failed to confirm any concrete interest when asked by Birmingham Live, but showed admiration for the player:

“I am sure we are being linked with a lot of players, I know Hannibal is a very good player, Man United have got some fantastic young players in their squad. We had a fantastic one come to the club last year and did very well. Listen if good players are linked to Birmingham City that’s good for us.”

The attacking midfielder has been part of United’ pre-season tour to Australia, in which new boss Erik Ten Haag has given Hannibal opportunities off the bench, albeit in unfamiliar positions such as defensive midfield and even as a striker.

The Dutchman is now aiming to trim his squad before the start of the Premier League season and there is a consensus that regular game time elsewhere is the correct step for Hannibal’s development.

Having joined The Red Devils’ academy in 2019 from Monaco, Mejbri has caught the eye with his technical ability at youth level. However, his senior appearances at struggling United have been characterised by aggressiveness and tenacity, most notably as a substitute against Liverpool in the Premier League in April. 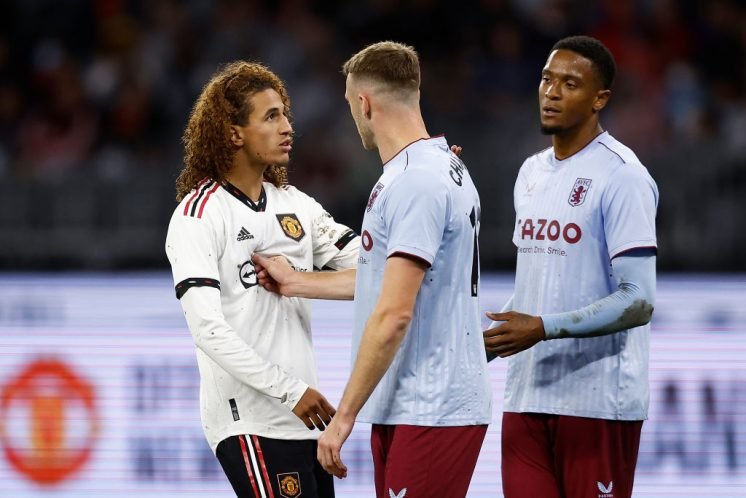 The 16-time Tunisian international possesses further footballing pedigree having attended the prestigious Clairefontaine academy in France, where the likes have Kylian Mbappe and Thierry Henry have spent time in their younger years.

With an abundance of talent and a willingness to battle, Hannibal Mejbri has all the hallmarks of a player who could be very effective for Blues in the Championship.

The attacking midfield role in Eustace’s 5-3-2 has seen George Hall operate there at the start of pre-season, before Juninho Bacuna occupied the position against Rayo Vallecano. The plan may be to push Bacuna back alongside Ryan Woods and have Mejbri supporting the two strikers, who will most likely be Scott Hogan and Troy Deeney.

Blues face plenty of competition for the youngster, but technical director Craig Gardner has a good relationship with Manchester United, having brought in Taith Chong and Teden Mengi on loan last season.