The match will be John Eustace’s first competitive outing as head coach, taking his side into league action after a productive pre-season schedule.

Much has been made of Blues’ chances heading into the new season, with the club widely predicted to be relegated from the Championship for the first time in 30 years.

Despite this, a small first team squad have been galvanised by the opportunity of a new start under Eustace and are hungry to prove the doubters wrong, starting at Kenilworth Road on the weekend.

Blues are not short of recent success against their hosts, having completed a comprehensive double over The Hatters last year. Any repeat of a 5-0 win this time around would be the perfect start to a season that could become a struggle if the side doesn’t pick up points early on.

Luton Town begin their fourth consecutive season in England’s second tier after play-off defeat to Huddersfield in May.

Nathan Jones’ side enjoyed an unlikely promotion push last year and finished 6th in the Championship, their best season domestically this century.

Now the Bedfordshire-based club are looking once again to take that final step up the footballing pyramid, one that would complete a journey from the Conference to the Premier League in just 9 years.

The Hatters have managed to retain the majority of the squad that surprised so many last term, whilst adding a host of new faces to boost their chances of promotion.

One of those that has stayed put is last season’s top scorer Elijah Adebayo. The 24 year-old registered 16 goals and was a vital component of Luton’s general attacking play, being able to hold the ball up superbly. 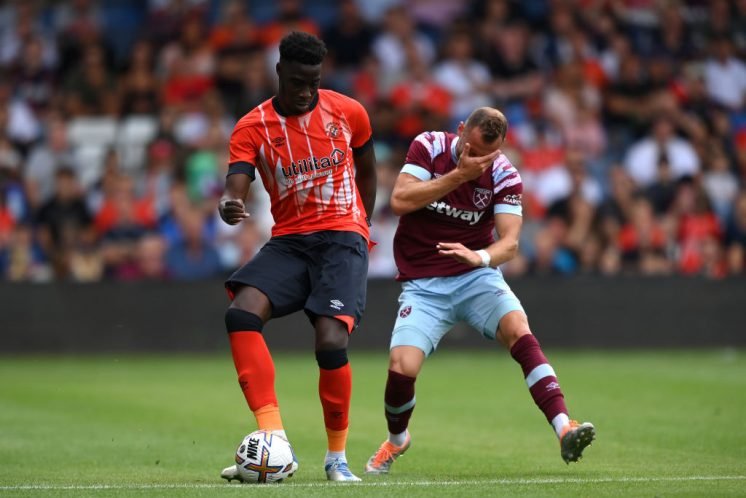 Summer incomings include a pair of strikers poached from recently relegated Barnsley, with both Carlton Morris and Cauley Woodrow set to compete for a starting place next to star-man Adebayo.

One position that Luton may have been weakened in is at centre-back, with Kal Naismith departing to Bristol City on a free transfer. The Scotsman was a rock in the back 3 along with finishing as the club’s top assister.

Dion Sanderson will be assessed before the weekend after picking up an ankle knock against Rayo Vallecano. The Wolves loanee did not take part in Tuesday’s open training session but Eustace is hopeful the defender will be fit.

Lukas Jutkiewicz and George Friend are available for Saturday having trained this week following their respective injuries.

Despite the negativity swirling around the club over the summer, a quiet confidence has been building within the camp ahead of this curtain-raiser.

Blues will be keen to begin the season with a result, and will no doubt show an immense amount of intent and aggression in front of a passionate away following.